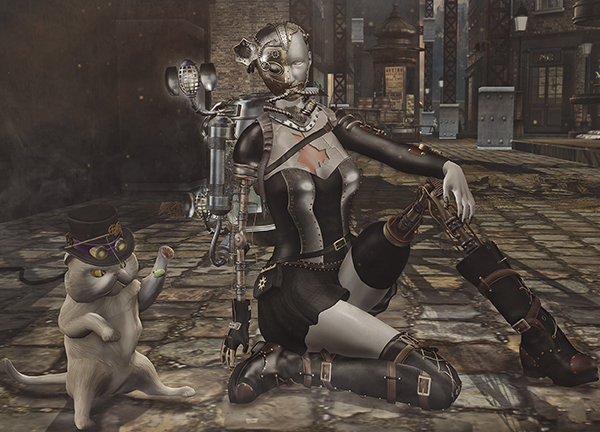 Recently I had a talk with Trouble, my little brother in SL (that grew over many years) and we came across an idea we had for a while, but it never seemed to be the right time. Now it was the right time and we talked about my sweet little corner in the Eclipse Magazine, where I could contribute something with all my weird and crazy ideas. I always missed a more roleplay based fashion and places section. Not the typical fashion spread that we all got tired of seeing in all the magazines, more something with fantasy but still themed and with according places to go. More than that I am allowed to have a little paragraph about the theme to characterize and explain certain genres a little bit. I do not know how I can describe it properly, but my little “Across the Grid” section in the Eclipse Magazine was born *winks* Thank you Trouble for giving me a corner to express all my funky ideas and dreams! 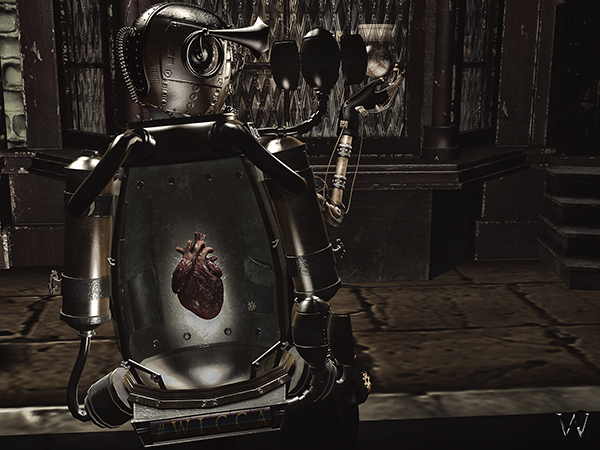 I love steampunk in RL and SL and so it was an easy choice what my initial theme would be – Steampunk!

One of the pictures that I did for the magazine, is the one above (the other one I will showcase in a separate blog post). The style was based on a look I did for the Second Life CyberCon show we did with Madd Modelz, I just did pimp it a little bit more to go towards steampunk even more. For the show Tour Blanche – another close friend of mine – wrote a wonderful story to my look, which I have to put down here as well so that it wasn’t just for the show and I can read it over and over again myself too because I love it so much. Thank you so much Tour for that incredible, wonderful and amazing story. 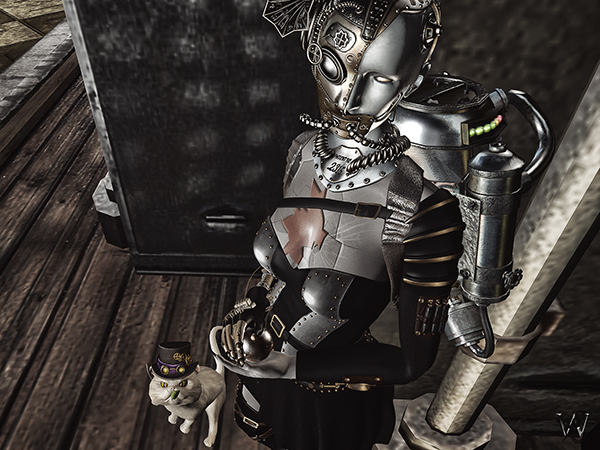 There once was a man. He was brilliant, but his brilliance made him an outcast, exiled for dabbling in upsetting the natural order, attempting to create life itself. It was not so many years later that he had his first true breakthrough, and /she/ was awakened. A construct from head to toe, she was built with the purpose of being his assistant. Her metallic body was capable of working without tiring, and her capacity to learn made her adept at not only aiding in his work, but also conversing.

While the strangeness of her voice and slightly inhuman mannerisms might repel some, hers was the only companionship he had. She would be the reason he gave up pursuing further research. He viewed her as his magnun opus, and continued to refine her as needed as the years went on, rather than creating new constructs. While she was capable of thought, she was bereft of true feeling. Though she went through the learned motions to embrace him when he needed it, and spoke affectionate words, she did not truly know what they meant.

Over the decades, her parts were improved or sometimes replaced with mismatched pieces, but he aged, growing old, tired, and eventually infirm. On his deathbed, he pledged his love to her, “My heart has always been yours.” When he perished, she surgically extracted his heart, and using all he had taught her, connected it to herself. When this was done, his devotion to her strangely resonated within her chest. It struck her core like a hammer, and for the first time, part of her metal shell cracked and broke loose. A truth revealed: She had not been a full construct all along. She did not know whose body went into her creation, but she did know that she now missed him for the first time in her life, and yearned to hear his voice again. She knew now what he felt, as she felt it too; a love for him. She would find a way to bring him back. For now, she would preserve his heart as a part of her, and wander the earth, seeking the forbidden knowledge she would need. 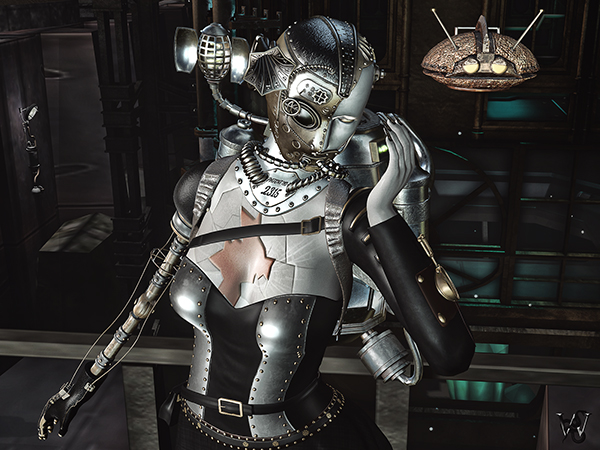