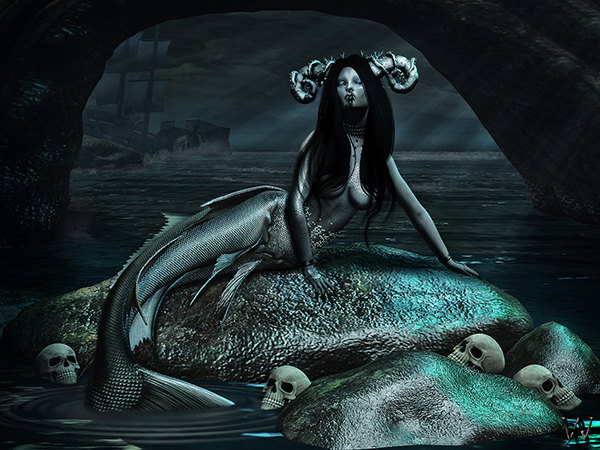 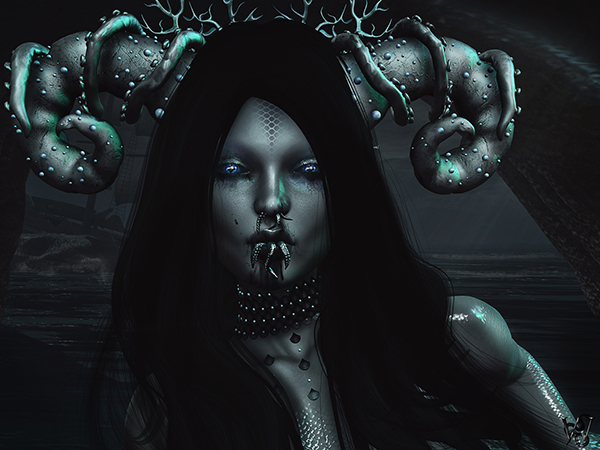 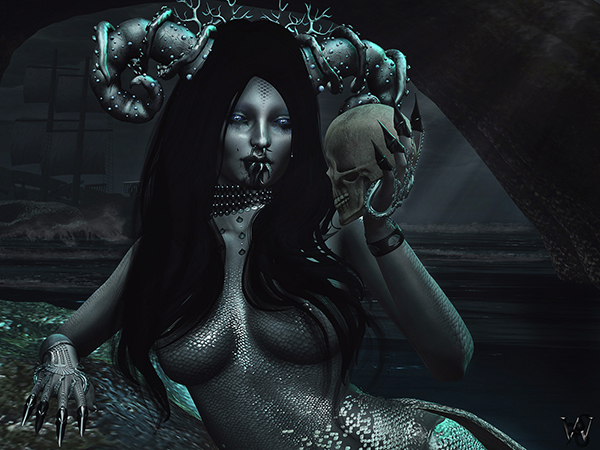 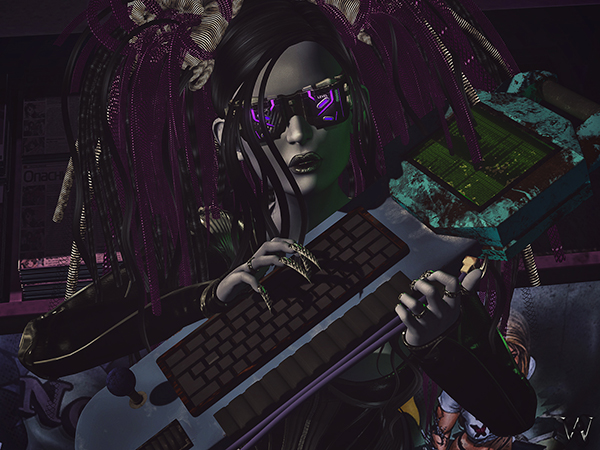 There are so many amazing creations and designs, that it is really hard to choose, with what you wanna start making pictures. Today I decided to go with the awesome “Tiera” hair from EMO-tions, the cool “Cyberdeck” from UNGOD and one of the latest releases from A&Y, the “Aeon Cyber Top” paired with the “Aeon Cyber Corset”.
I was experimenting so much with teal and orange lately with all the great cyber items, so today I wanted to have another color palette – Purple and Blue was the choice of the day 🙂 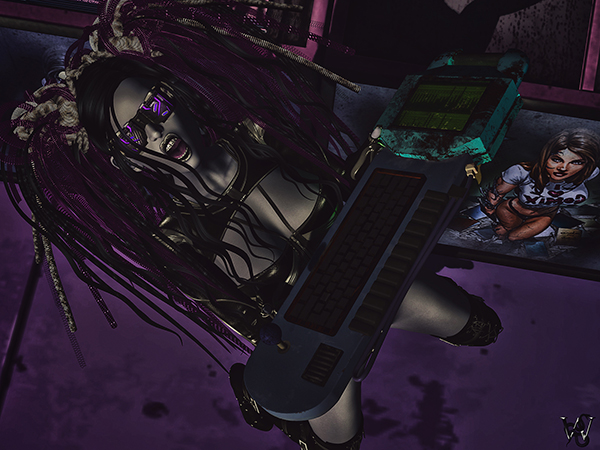 When I was done styling, I faced the same problem like always… find the perfect location for the pictures. First I went to Cocoon, a new and super awesome cyber sim, but I quickly realized I need something different. Then I suddenly remembered, that there was a mega cool gacha at the CyberPunk Fair, that as well was based on purple colors. The K&S “Neon Night Mood” The whole set is made with such amazing love for the details – even the shadows! You can use the set as a full one, but as well the single parts of it and it doesn’t matter if you miss a piece it still looks amazing. 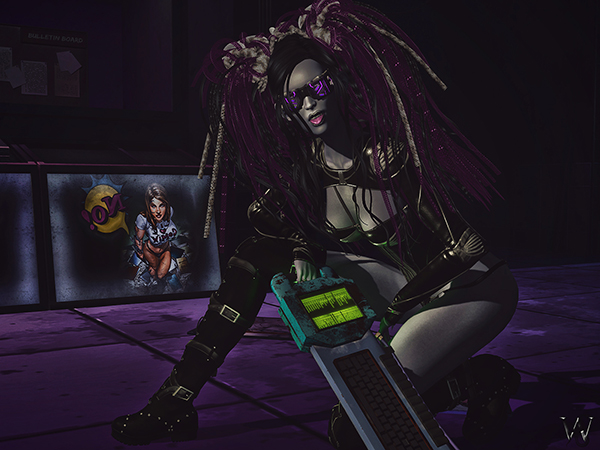 The head I am wearing today, again the the “Simone” head from LeLutka. As I told you before, I will try to show the different heads with all kind of different skins, to show how versatile they are and how different they can look. With the “Kialaya” skin from Lumae, “Simone” gets a way younger look than the one I use to have. You can see as well how different nose and mouth do look with different skins 😉 So you can customize your face not only with the sliders, but with a certain skin too. 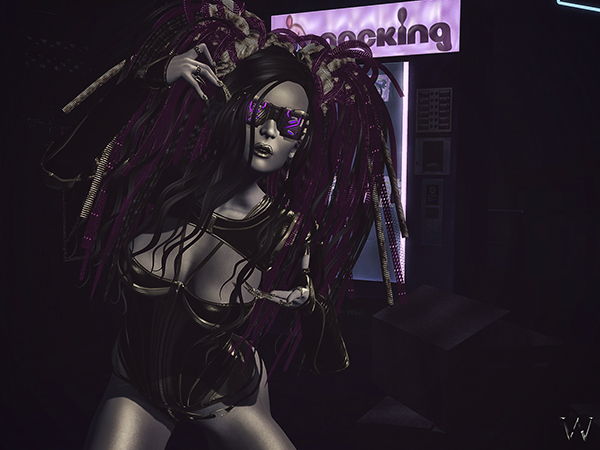