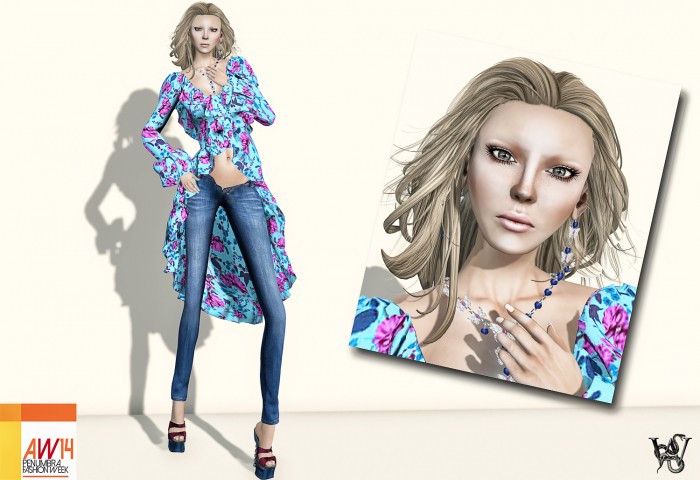 Lately I had a huge discussion after I showed one of my male friends the Finesmith Mainstore, after he asked me for male jewelry. Ok, I have to admit, I did not only show him the male stuff as I wanted to tell him he can use some of the female creations as well. He looked at me as if I was an Alien, tipped his forehead and told me the day when he starts wearing female jewelry will be the day the hell freezes. I told him that many males already do it and he said something about maybe the models and androgyny fashion boys but not a real male… that made me angry and it made a challenge for me…*grins*

Redclaw Inshan, DJ, builder and designer in SL has a very stong and male looking avatar. He has a few cool looking outfits and one of his newest purchases looks like a desert style of the arabian desert. He asked me, if I would know a place where he can get a golden style matching brooch or belt buckle for his outfit. I grinned and told him to take a look at Finesmith and I already hat the “Fabrege” brooch in mind that was made for Rusalka for MVW 2012. He took a look and asked me if they can be resized… I told him for sure they are 😉 What the result was you can see on the picture… the “Fabrege” brooch..made for females on a really male looking avatar’s belt :p