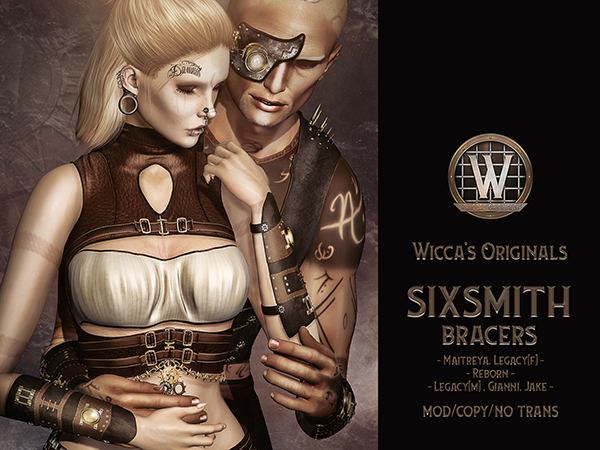 Day and night, Sixsmith labored at his toils. He was a craftsman of the finest ilk. So much so, he was no longer called the name given to him at birth, but by the trade at which he excelled – Sixsmith.

His latest creation was complete. As he polished the finished pieces with a soft cloth, Sixsmith closely inspected every stitch, every link, and every inch for any imperfections and found none. Only the best for the greatest warrior in their kingdom.

The appointed time had arrived and Sixsmith placed the two pieces upon a wooden tray lined with thick red velvet to prevent damage before they were presented. All eyes fell upon his as Sixsmith emerged from his forge. From the strongest sword to the most delicate of adornments, Sixsmith could create anything the imagination allowed.

The crowd that had gathered in the streets parted in deference to the hulk of the man who stood head and shoulders above them all. Dressed only in leather pants and boots, the well-muscled man was living proof of what years of hard labor could do to a man’s physique.

Sixsmith continued through the streets until he stood before doors of the Great Hall. The portal slowly opened to reveal the warrior waited patiently at the end of the massive room. Undaunted, Sixsmith entered with his head held high until he reached the raised dais at the end of the hall.

With respect, Sixsmith dropped to one knee and held his burden high for inspection. With a simple nod, the warrior presented an arm. The first bracer was lifted from the velvet nest and placed upon the proffered limb.

The thick yet supple leather molded to the forearm as though sculpted to perfection. The metal rivets, pins and adornments gleamed in the sun that shown through the high windows of the Great Hall. Near the wrist a metal disc, flawless etched, was the royal crest of the kingdom, denoting the lofty station of the wearer.

Straps and fasteners secured the bracer to the underbelly of the arm; tight enough to ensure a proper fit, but not so much to hamper the warrior’s movements. The matching bracer was attached to the other arm just as carefully. Once both were secured, Sixsmith bowed his head and placed a fisted hand over his heart; his silent pledge of unswerving loyalty.

After a moment, a hand came to rest upon Sixsmith’s powerful shoulder and he raised his head to meet the gaze of the warrior before him. With love and devotion, Sixsmith looked up at the warrior; his lover, his Queen. 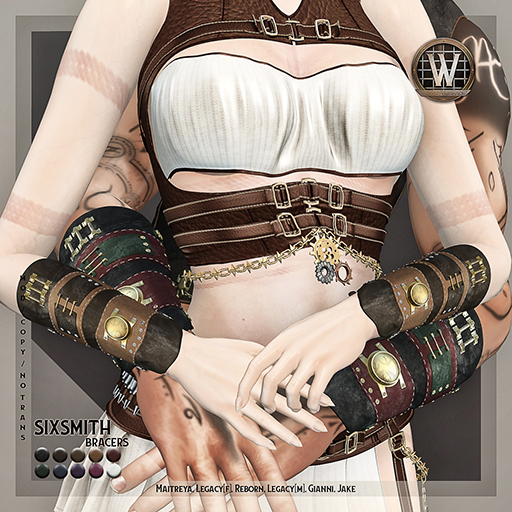 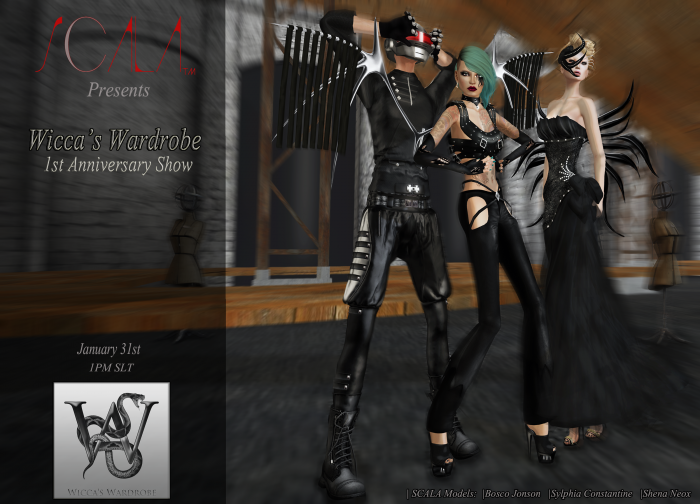 END_OF_DOCUMENT_TOKEN_TO_BE_REPLACED

Mea Culpa becomes one year old on the 25th of April. There for Tatanka Kaligawa decided something special for Thursday the 21st of April. There will be a 50% refund on all and everything that you buy between 12PM SLT and 3PM SLT. The designer himself will be in the store and make sure you get your 50% back 🙂

Who knows if you will ever again have the chance to get a Mea Culpa gown for 50% of the original prize!!! But that is not all… For all that have the Mea Culpa Mainstore in their pics section on their profiles, Tatanka Kaligawa designed a sweet, amazing anniversary dress that he will give a way for free to celebrate his first birthday. You will find that dress at the “Get your shopping card” board including a 10% discount card for another purchase.

This dress is such a sweet idea to celebrate the first birthday of Mea Culpa. The short dress is a shows off very sexy the long legs and the texture of the clothing layers have an awesome shine. It is like you can feel the sun reflecting on each part of the dress. The shoulder prims add a light playful touch and the ornament on the chest make a lovely highlight. The neck collar as well is made as an attached prim. For me the hat is a total eye catcher. It looks like a neat umbrella that is directly worn on the head and so the name of the dress that I could see on a little piece of paper totally first for this design. “Sugar Candy” MeaCulpa‘s first anniversary dress is named and I am sure you will not miss it to get your “Sugar Candy” on Thursday the 21st at the Mea Culpa Mainstore!!!