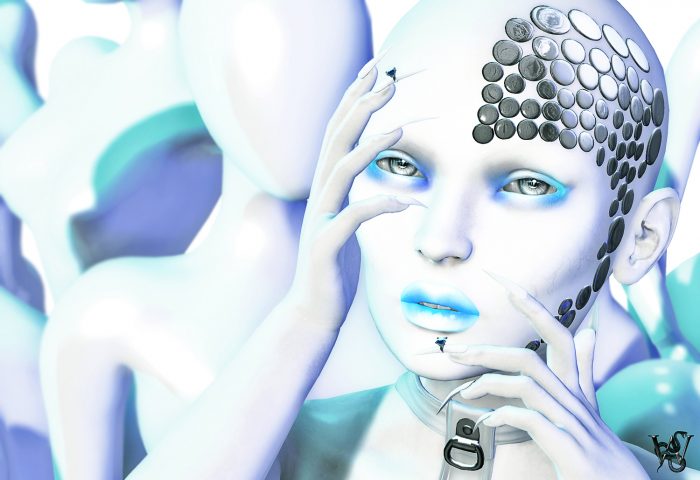 Not too long ago I had an interesting discussion with a good friend of mine about modeling and how it changed over the past years. It was interesting and a few things she mentioned really had me think about a lot.

I went back to the basic idea of a model… what is a model? The model usually is a blank vessel, where a designer can project his vision on (quote of Wolfgang Joop). That means it is not about the model at all, it is about the designs. Certainly a designer might have special preferences about certain shapes and faces, but in general they are just a mannequin wearing the designers creations, styled after the designers imagination of how he wants to see the outfits.

So why some models throw a tantrum, when they get told certain styling requirements? Like short hair, a certain makeup and strict regulations about jewelry and accessories?

Maybe it is because people got mixed up by pageants and modeling? Both of them have nothing to do with each other. A pageant is about the person doing it, modeling is about showcasing designers creations!

In the beginning, there were not so many models in all those pageants that were held in the past. All of a sudden everyone had to be the face of whatever and to win the “Miss Whatever” title – I never understood why to be honest, I never had that desire. I was talked into doing this kind of things 2 or 3 times and I regret each time, as it only did cost money and time for nothing. It was not what I wanted to do. I wanted to be a model, to showcase designers creations and their hard work – not being a beauty pageant participant, being all pretty and smooth and kiss my way up to where ever it was necessary. We all know beauty is in the eye of the beholder and with a good relationship to an event owner, designer or judge, your chances get higher by nature – we are all humans. In the end no one wants to work with a winner, that he/she can’t stand for a certain period of time, again we are all humans after all 😉

But what did that do to SL modeling?

All of a sudden people wanted to be recognized for their avatars when they were walking a runway. One started to pose “fierce”, the next one tried as hard as possible to ‘accessorize’ the shit out of every outfit – anyways if it did fit or not – to be noticed on the runway.

By all means, I do love expressive posing myself on pictures and at themed shows or productions, that request those kind of poses. But for a general casual, formal or regular runway show, to me it makes no sense to spread all limbs out as far as you can, even if for quite some time it was called “fiiiierce” posing.To me fierce or dramatic posing doe snot have to be all spread out and hands up in the air like I would be ready to take off or acting like a GoGo dance animator in a discotheque.

If you ever watched a RL runway show for general fashion – not talking about special shows like Alexander McQueen had – the posing is very clean and simple. Again models showcase a designer, not being actresses on a red carpet – and even those keep it quite simple usually as they represent a designer with their clothing most of the time as well 😉 I am not saying there is no room for anything else, but for ‘usual’ runway shows I can see, why people prefer the more simple way of posing and styling. Simplicity can be the key and it can be so much more modern if you keep your poses updated and re-invent your posing each time and not just use the same 20 poses over and over again.

There is as well 2 kind of shows in Second Life, that require two completely different ways to approach them with posing and stying. We have the ‘usual’ runway shows like fashion weeks or special designer showcases and then we have the theater, show or event like shows which are mostly themed. For example a special Halloween show, where the main focus is on the event itself and in opposite to a fashion week those kind of shows are more to entertain people. Last summer Trouble Dethly and his group did an amazing example how fashion, event and as well a theater fashion show can be combined with their Thereafter event. Designers provided outfits, but as well did know it is not just a runway show but more of a ‘happening’ to entertain the main grid users. There we can go all crazy with posing as long as it follows the story, you even can use little animations to underline your character while on a runway I am all for static poses.

For accessories it was quite the same and all of a sudden avant garde was the way to go on the runway. I love avant garde BUT in Second Life avant garde seemed to mean you put a bunch of metal scraps on your head, go half naked and try to fill as many attachment points that you can and certainly do not forget your wings… If you look for the general idea of avant garde fashion that is so way off… it could not be more away from the subject, but thats a completely different story 😉

But I can understand why modeling is kinda dead in Second Life at the moment, because of all this things besides an economic/business aspect as well which made fashion shows not anymore profitable for most of the designers. 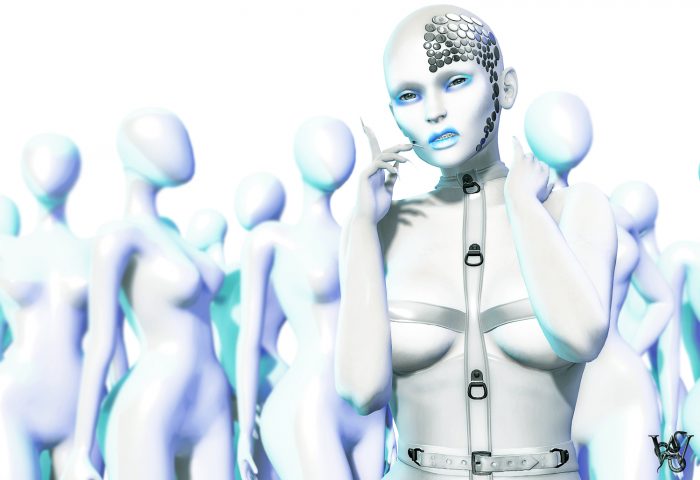 I get that models were taught to be unique and to stand out, but there is so many ways how you can do that without taking all attention off the clothing and onto your avatar… It is so much more important to make a brand out of yourself on your flickr and blog instead of runway shows. When you are making pictures or go out window shopping all prim-perfect styled, it can do a lot. Especially on blogs and pictures you can express your styling abilities, your way of posing and you kinda have no limits if you are not blogging a certain piece for a designer. That is why I love posts and pictures so much where you do not have to showcase any specific item and just can go with the flow of your imagination.

Like the pictures for today’s post. I tried to put the idea of standing out off a crowd with not too much accessories and to underline my statement about being unique. I already posted all the items before when I wanted to showcase them and so I had room and freedom to play with them now and try to create my imagination in Second Life. It was not an easy way though and probably took the longest time I ever needed for a picture to be done. I wa struggling with the idea and the inspiration since March 2018. Now we have July and I am still not 100 % satisfied but this time it felt that was the best I can do with my actual skills – I am learning everyday something new 😉

The face is something that makes every human unique anyways – if they do not have a twin and even those have their unique trademarks if you take a really close look. So if you ever were at a Second Life modeling agency you were told your face is the most important and unique trademark you have. Anyways what it looks like as beauty is in the eye of the beholder, if you push the limits of human face proportions slightly and well thought you really could create a very unique look in the past with system heads. Then for quite some time many models were struggling wit the first wave of mesh heads. The static mesh heads in the beginning were not really as ‘character’ friendly as the system heads were. Only a very few sliders reacted to customizing and the skin more or less was the only way to create a unique look somehow. I hesitated a long time myself until I gave it a try and I felt so relieved, when bento came to live and we were able to customize your faces and heads again more even with a few limits to bento bones. Nowadays I am very happy with the head and the skin and even if we are told constantly to update I am stuck with the head and the skin since I got it.

With the pictures I wanted to try to express a feeling or an emotion that follows me for quite some time in both worlds. I am not yet ready to really tell the whole story behind it, as it is a very vulnerable spot in my soul, but maybe with the ongoing process of playing with that picture idea, it will come out eventually and I am brave enough to tell. But for now it shows how you can have a face, how you can be unique with not much on yourself than just your face. I really hope i did make sense in what I was talking about, even if I tried t not go too deep into it and not let my emotions take over too much.

Big thanks goes out to Hill.S (Hillany Scofield) and her amazing exhibition that let me find those mannequins, which I needed so desperately for my pictures. She is an incredible artist and picture queen and has such an amazing installation going on – I have to go back and take a picture there, as I promised her 😉 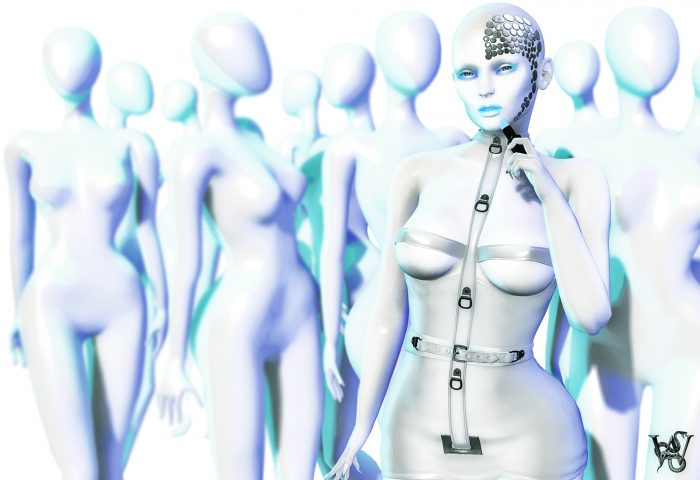