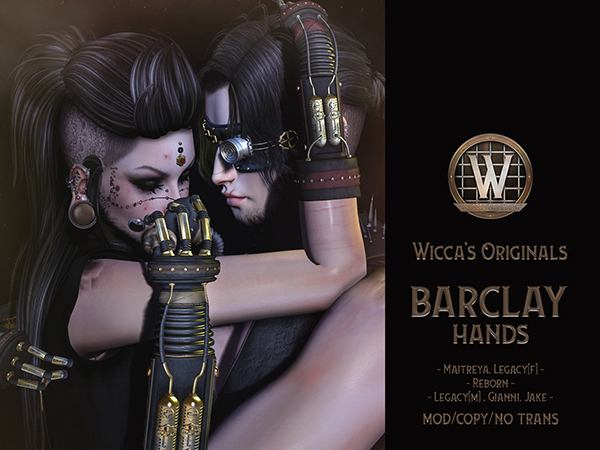 Named after the infamous sky pirate, Captain Bellamy Barclay, these arm and hand prosthetics gave them a renewed chance at continuing their dominance of the skyways after a tragic accident in the boiler room left them without an arm.

Powered with the technology available to Barclay at the time, these arms self-contain a pressurized gas chamber capable of operating for 48 hours without refueling under normal use. However, if one needs to get into a bar brawl or a particularly intense swordfight, the valve can be loosened to enhance the power behind each swing.

The three fingers are uniquely articulated to compensate for the lack of a thumb as best they can, and the entire apparatus is padded and built to withstand rugged use.

Whatever your own reason for needing a new kind of arm is, Wicca’s Originals has you covered.

Can be worn with Maitreya, Reborn, Legacy (F and M), Jake, and Gianni bodies, and comes with 10 color options for padding as well as metals. 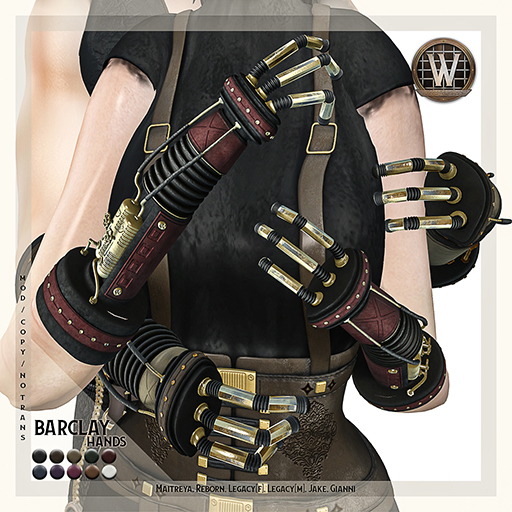