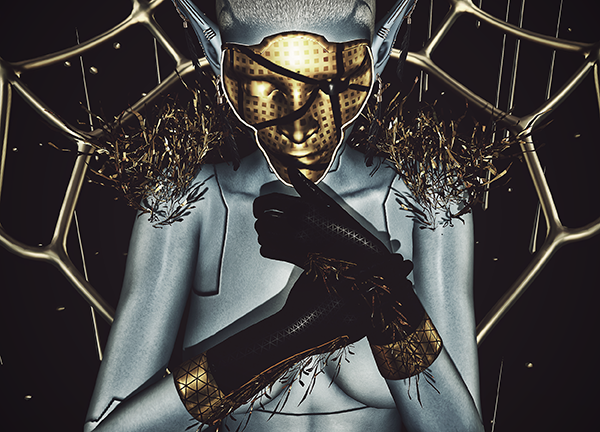 The people who live in a golden age usually go around complaining how yellow everything looks.

This picture is something very special and as well unusual for me.

It was made not just for being a fashion showcase, but as well being something abstract and artistic. Originally it was made for the February Issue of the Eclipse Magazine, but I could not resist to fool a little more with it in Photoshop and tweak it a little more. First I thought about not posting it as it already was in the magazine, but I do love it so much that I finally decided to make a post out of it *grins*.

I felt different doing this kind of picture, that does not have the main focus on the avatar itself, but as well being not a landscape or furniture post either. It was more to focus on a feeling, that was in my head when I put on those amazing artistic parts from E.V.E Studio. It felt like something from outer-space, but still something vulnerable and romantic. I tried to express that with the pose and the few things I added to the “Elf-2255” designs.

I have no idea if I make sense by saying that, but I hope you can get what I mean *winks*