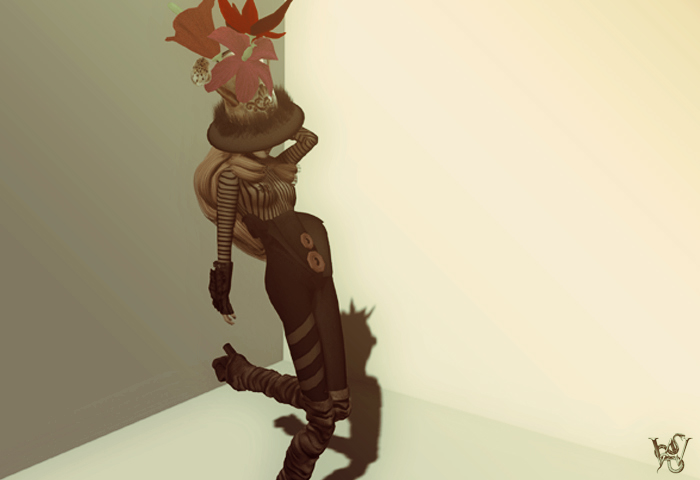 Because I had so much fun with the stylings for the Art in Hats show, I would like to share another of my stylings made around just a hat 😉

This time the hat I started out with came from Miuccia Klaar. The amazing “The Garden in my Head Hat” shows a watering can and some huge flowers in red and pink growing out some grass.

To bring back the sheer part and to kinda make it pop out a bit more I decided to go with the shirt of the “Riga” outfit from SoliDea FoliEs. The amazing sleeves with the attached mesh hands are from [AD] Creations.

For the boots I chose one of my long time favourites, the “Piccadilly Overknee” mesh boots from Leezu. 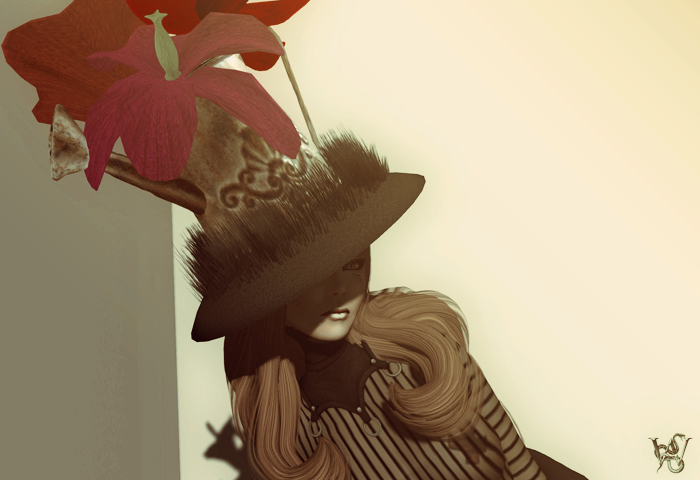