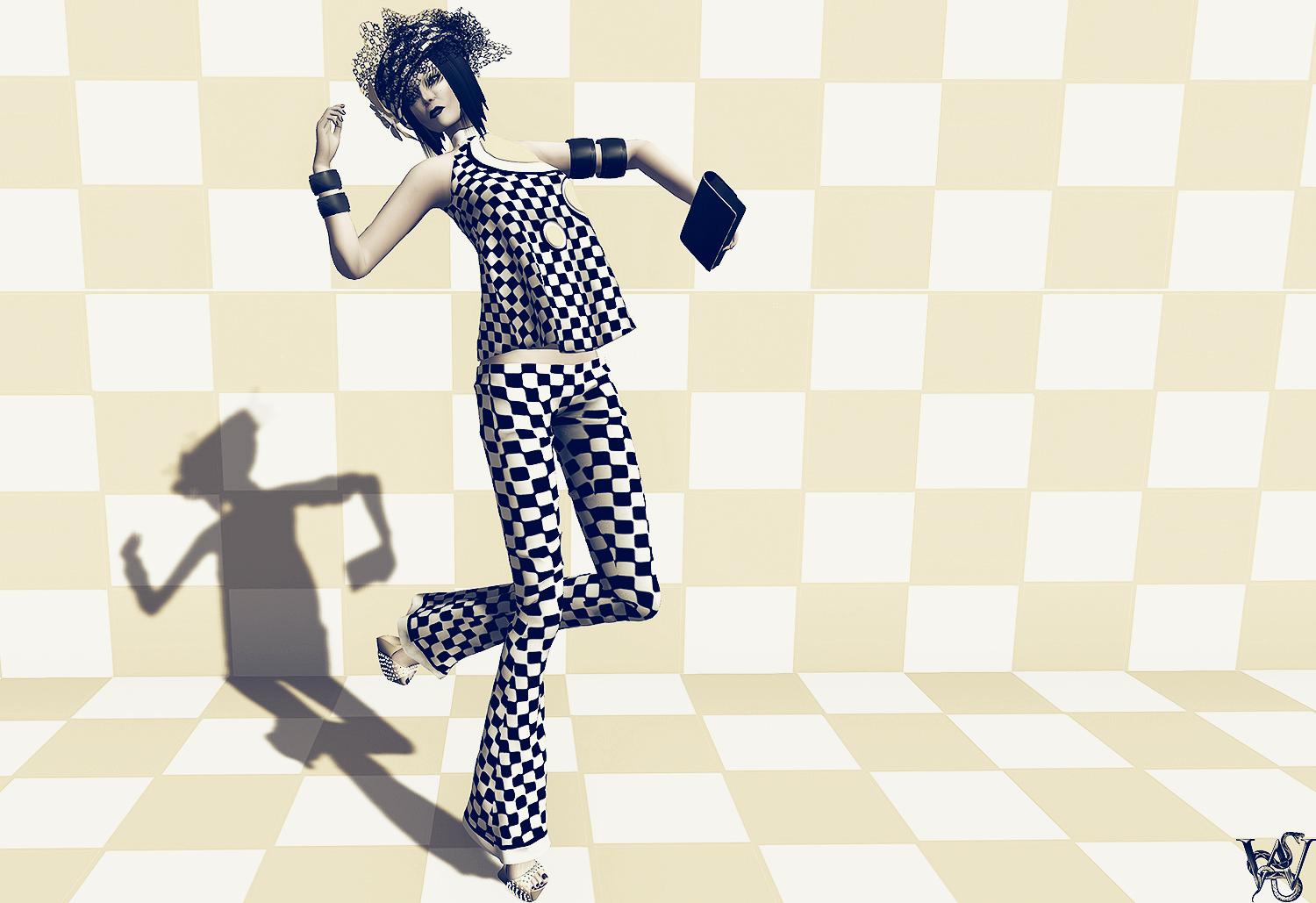 As I got one of the latest releases from SoliDea FoliEs I immediately had to think about the last Louis Vuitton collection. With all the squares and colored versions of it I wanted to make soething according to that and with the “Twiggy” outfit I instantly has an idea for the pictures 😉 .

The “Twiggy” outfit of SoliDea FoliEs is based on black and white squares with some color accents. I chose the black version for this post but you can find other colors as well 😉 .

The whole outfit is mesh made and you have different sizes to make sure it fits your avatar. 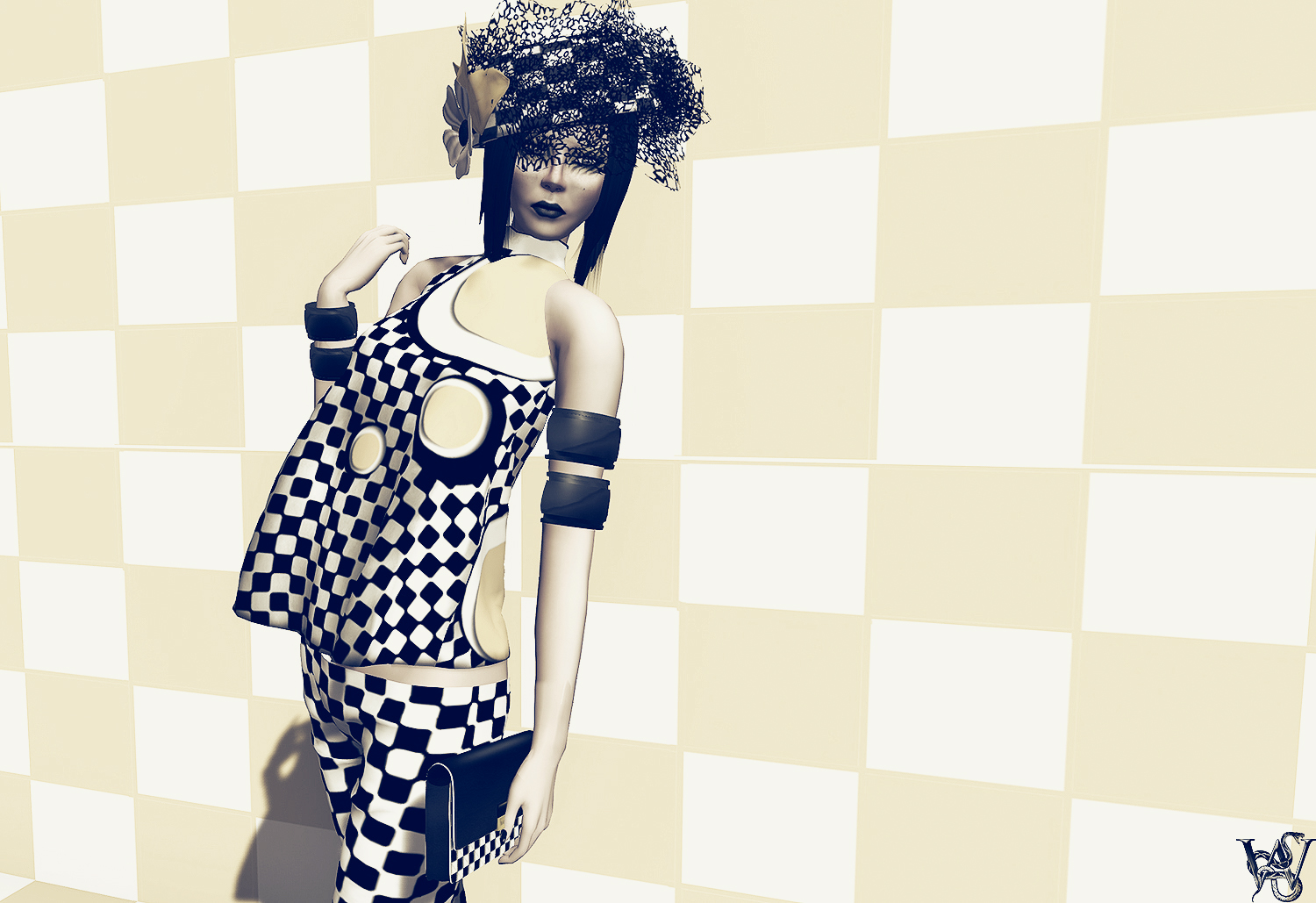 The black bracelets are part of the outfit too. I looked at myself and I really wanted some hat of head pice that goes with the “Twiggy” outfit from SoliDea FoliEs. I searched through my inventory but I could not find any, so I stormed Kyra Camel’s IM. Kyra owns her own brand for female and male clothing, named Baboom and she made crazy head pieces before that she showed me in the past so I asked her if she could make me something squared with yellow accents. She showed me many of her creations and all of a sudden she pulled out a hat I fell immediately in love with. She retextured the hat to squares for me and I asked her if I can have that cute flower in a yellow tone that matches the yellow on the outfit. It just took her seconds  to do that for me and on top she made me a matching clutch.

To bing back some yellow accents to my face as well, I remembered a tintable version of the “Dahlinka Wild-Zebra” makeup from Zibska. 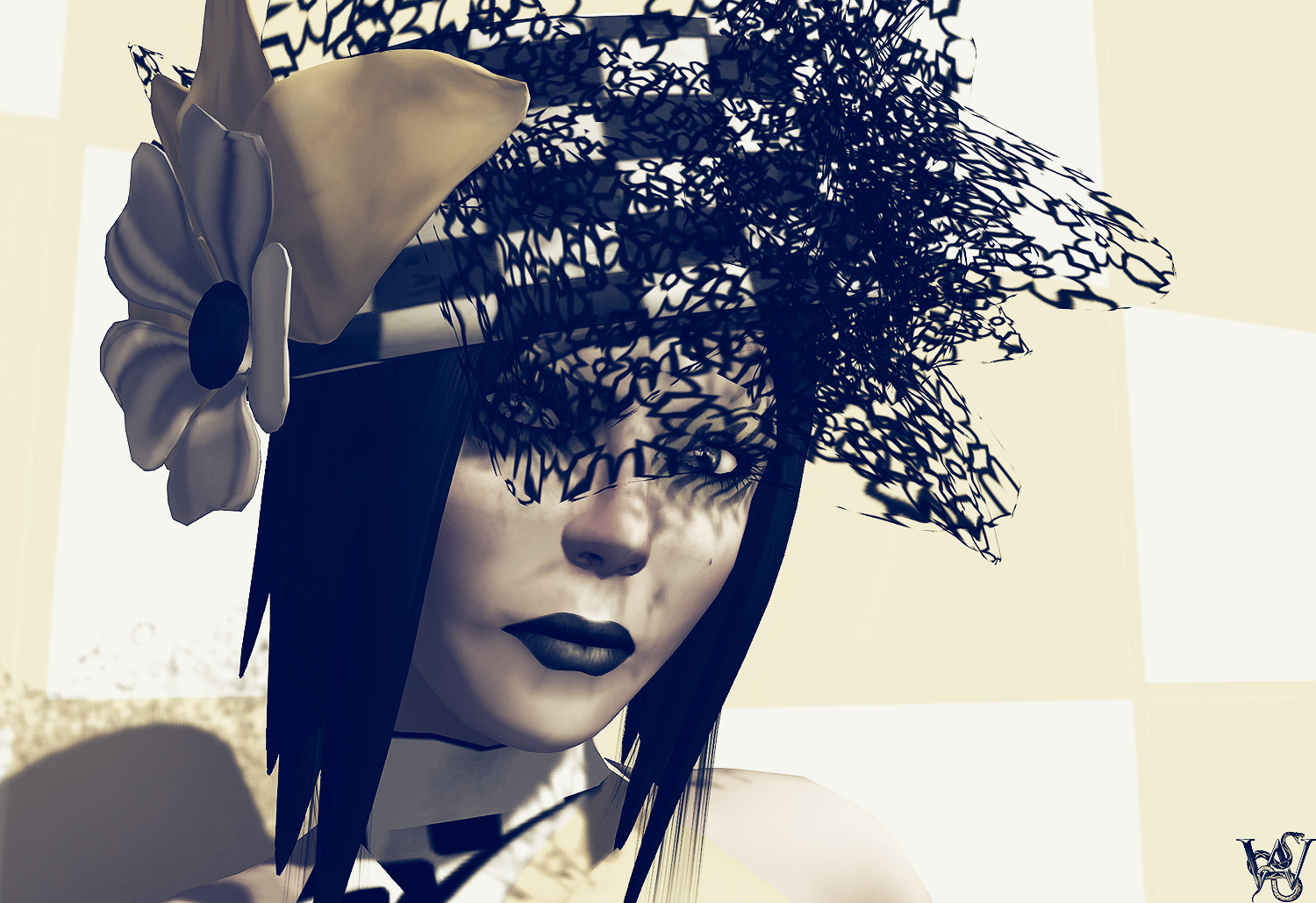