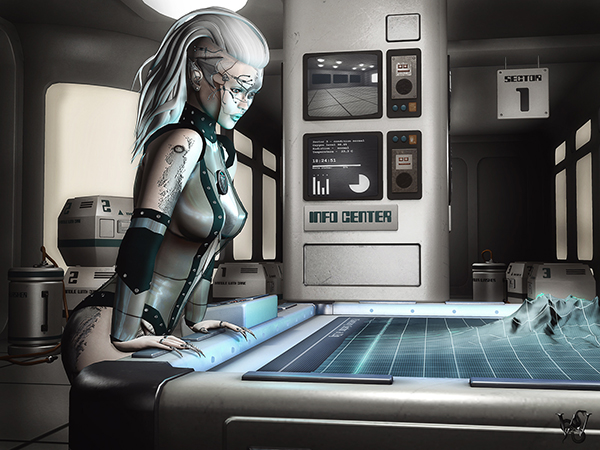 “Space: the final frontier. These are the voyages of the starship Enterprise. Its continuing mission: to explore strange new worlds. To seek out new life and new civilizations. To boldly go where no one has gone before” 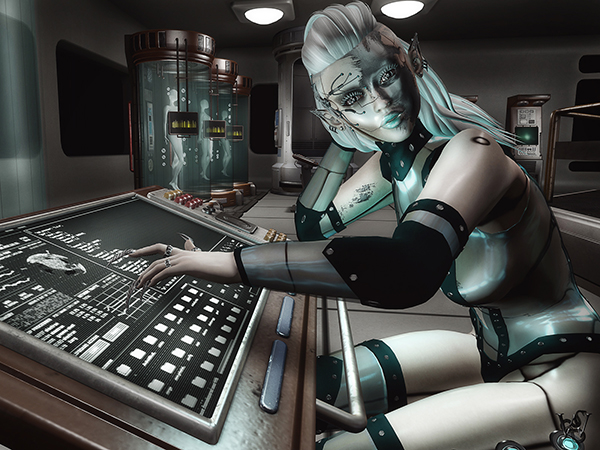 I was a Star Treck addicted since I saw the first episodes on TV back when I was a kid. I always was a little dreamer and the idea of having worlds out of reach, that no one yet had explored and either Captain Kirk or Captain Jean-Luc Picard just took us on their journeys to do exactly that, was just amazing. How often we sat, with the family or with friends, together in front of the TV and watched with excitement, what they would find and if it would be good or bad. For my age it first was Captain Jean-Luc Picard. I was about 10 years old when the first season came out on TV and when my mom realized I do love the whole story, she introduced me to the “older Star Treck” episodes with Captain Kirk and Mister Spock. Even if Jean-Luc will be my all time favorite, I did enjoy the older ones too, especially Mister Spock. The idea of having a life with no emotions, can be attractive if you are a very emotional kid and run into problems all the time*snickers*

That addiction to unknown space and fantasy stories did never go away… it did even grow over the time. Nowadays I still love Star Treck but as well all kind of post apocalyptic movies like Resident Evil, Mad Max, Book of Eli and many more. Fantasy or Sci-Fi as well is a genre that I do love a lot. The idea of machines that get some kind of personality like I Robot, A.I. Artificial Intelligence, Minority Report or Ex Machina as well are an amazing yet dangerous idea… if artificial intelligences decide, that humans are the major problem in the the end – I would not wanna be part of that. What was an interesting movie as well and maybe a future vision of Second Life, was Surrogates. A world, where people never leave home again and just operate machines to do their jobs. When I saw the movie first, I thought it would be a cool idea, but the more I was thinking about that it was a scaring vision to me. I do have a love for such fictions and I am sure a few were part of what inspired me for todays post. 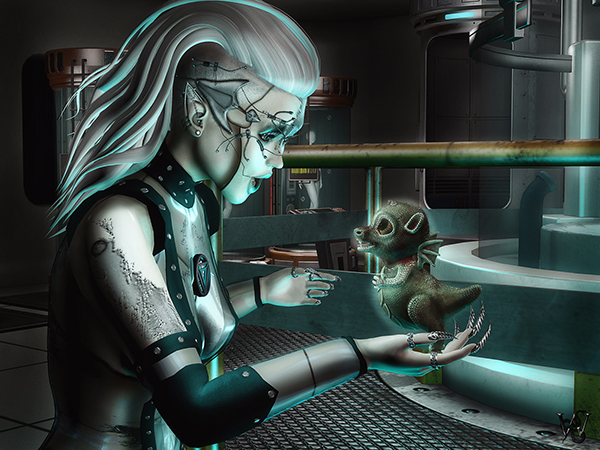 When I saw the “Space 2099” gacha set from Salt & Pepper, I instantly felt the 60s/70s, retro mood of the old Start Trek series. Then I saw, that Ex Machina made a matching scenery to exactly that gacha, there was no way that I would not blog that amazing collaboration. 2 of my favorite designers, collaborating on a sci-fi inspired set – priceless!

The gacha set from Salt & Pepper contains a body, shoes with long leg parts, sleeves and 2 different interactive tools that cooperate with the clothing AND with the matching props and skyebox from Ex Machina!!! While you can have 5 different colors for the clothing you get 3 options of guns. each gun shoots a different color (slime, hexagon glitter, holo swirls), while you can remove all the splashes with the scanner, which as well is part of the gacha. Sadly I found no other person, as I first had the idea of having a pixel fight with someone and colored slime splashes all over, but then I came on a different idea anyways. Maybe I will do some fun with that interactive gacha in the future ;). The VIP prize, a visor with a color HUD to match the clothing colors. The matching gacha from Ex Machina, as well called “Space 2099”, contains various props, a modular tunnel system and a skybox as rare. 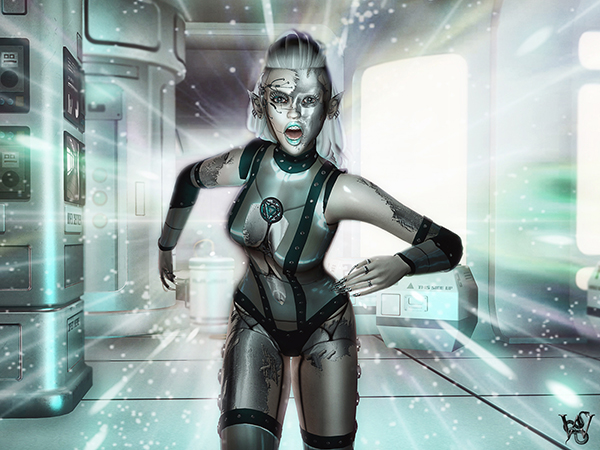 For todays post I used the 2 gachas, but as well some other matching designs from Ex Machina. Hatris Panacek recently released some amazing sci-fi items that just were perfect to furnish the skybox. I first made one level with the modular tunnel system and all the gacha props. When I rezzed the skybox, I immediately had the idea of having a laboratory inside of it as a second level of my interstellar home *grins*. Who does not dream of a separated work/life balance *winks*

When I was done and satisfied with the look (I will credit all parts properly in the end of this post) I again came back on my initial idea of foreign spaces and forms of life. That brought up the neat idea with the little dragon , that just was born in my laboratory. First it looked super cute and then it did demonstrate it’s power and I had to run :p

I do love to tell little stories with my pictures and with that amount of items I wanted to showcase, it had to be a few more pictures than usual, but they all went so well together that I did not want to part them for a post.

Again I used the Axis HUD from LeLutka to animate my face. I know there is various face expressions out there at the moment, but I still think, that LeLutka had the most genius idea with that animation HUD. I already did talk about my first steps and tries wit the Axis HUD (HERE), but I seriously cannot stop to tell how amazing that HUD is. you can make expressions completely personalized and to exact purpose you need it. Sometimes I even modify existing expressions (certainly I mostly use the awesome, pre-made expressions from LeLutka as well), if I just want a little tweak and like the general attitude of the expression. If you not yet tried it, you really should. There is as well a demo HUD available where you can test the way how it works at the LeLutka main store.First I wanted to include a gyazo of my LeLutka HUD in action, with all the worked bones, but  with all my excitement about taking pictures… I again forgot to do that. I will try to remember that for the net time, when I have it excessively in use 😉 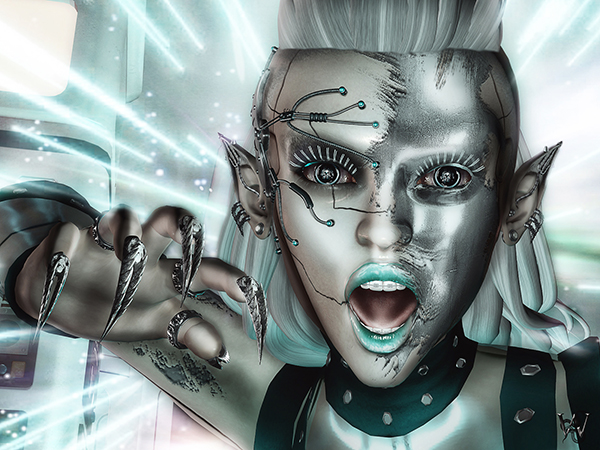