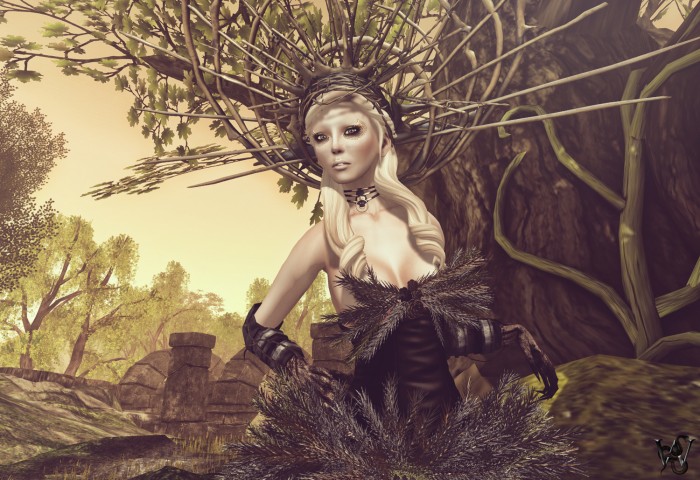 A while ago I found a wonderful fairytale on the www and it was stuck in my mind so bad that I really had to style something around it. It is not meant to kinda tell the story but it was heavily inspired by it 😉 The Fairytale is one of the favourite ones from Czechoslovakia and was told in London round about 1966 if my research was correct 😉

So I am not claiming that novel for myself, but I would like to share it with you. 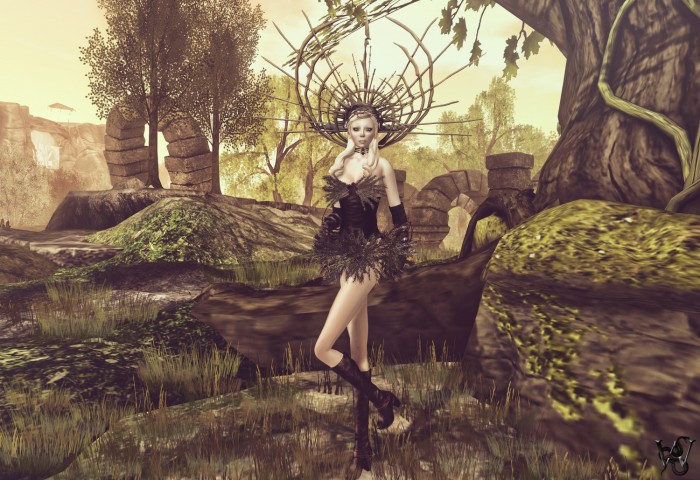 Once upon a time there was a little girl named Betushka. She lived with her mother, a poor widow who had only a tumbledown cottage and two goats. But in spite of this poverty, Betushka was always merry.

From spring to autumn, Betushka drove the goats each day to pasture in a birch wood. Every morning her mother put a slice of bread and an empty spindle into her bag. The spindle would hold the flaxen thread she would spin while she watched the goats. She was too poor to own a distaff on which to wind the flax, so she wound it around her head, to carry it thus to the wood.

“Work hard, Betushka,” her mother always said, “and fill the spindle before you return home.”

Off skipped Betushka, singing along the way. She danced behind the goats into the wood of birch trees and sat down under a tree. With her left hand she pulled fibers from the flax around her head and with her right hand twirled her spindle so that it hummed over the ground. All the time she sang merrily and the goats nibbled the green grass among the trees.

When the sun showed that it was midday, Betushka stopped her spinning. She gave each of the goats a morsel of bread and picked a few strawberries to eat with what remained. After this, she sprang up and danced. The sun shone even more warmly and the birds sang yet more sweetly.

After her dance, Betushka began again to spin busily. At evening when she drove the goats home she was able to hand her mother a spindle full of flaxen thread. 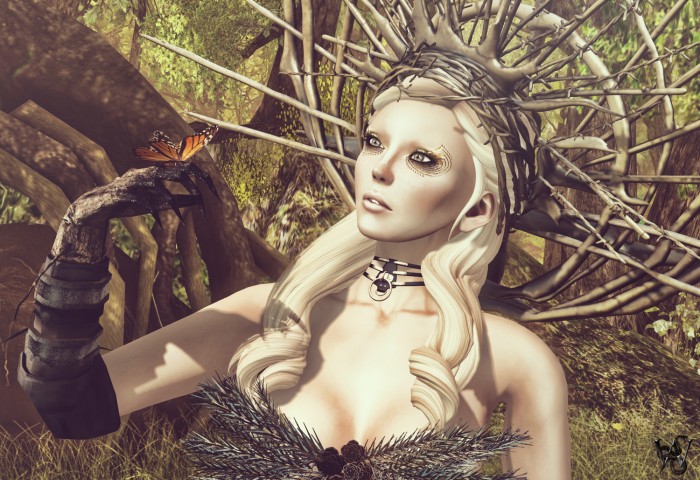 One fine spring day, when Betushka was ready as usual to dance, suddenly there appeared before her a most beautiful maiden. Her white dress floated about her as thin as gossamer, her golden hair flowed to her waist, and a wreath of forest blossoms crowned her head. Betushka was struck silent.

The wood fairy smiled at her and in a sweet voice asked, “Betushka, do you like to dance?”

At this, Betushka lost her fear. “Oh! I could dance all the day long!”

“Come then, let us dance together. I will teach you.” She took Betushka and began to dance with her.

Round and round they circled, while sweet music sounded over their heads. The maiden had called upon the birds sitting in the birch trees to accompany them. Nightingales, larks, goldfinches, thrushes, and a clever mockingbird sang such sweet melodies that Betushka’s heart filled with delight. She quite forgot her goats and her spinning. On and on she danced, with feet never weary, until evening when the last rosy rays of sunset were disappearing. The music ceased and the maiden vanished as suddenly as she had come.

Betushka looked around. There was her spindle — only half filled with thread. Sadly she put it into her bag and drove the goats from the wood. She did not sing while going down the road this time, but reproached herself for forgetting her duty. She resolved that she would not do this again. When she reached home she was so quiet that her mother asked if she were ill. 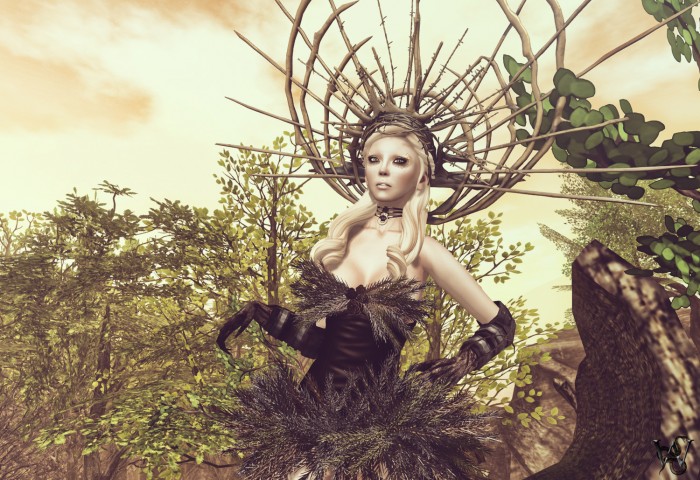 “No, Mother, I am not ill.” But she did not tell her mother about the lovely maiden. She hid the half-filled spindle, promising herself to work twice as hard tomorrow to make up for today.

Early the next morning Betushka again drove the goats to pasture, singing merrily as usual. She entered the wood and began her spinning, intending to do twice her usual amount.

At noon Betushka picked a few strawberries, but she did not dance. To her goats she said, “Today, I dare not dance. Why don’t you dance, my little goats?”

“Come and dance with me,” called a voice. It was the beautiful maiden.

But this time Betushka was afraid, and she was also ashamed. She asked the maiden to leave her alone. “Before sunset, I must finish my spinning,” she said.

The maiden answered, “If you will dance with me, someone will help you finish your spinning.” With the birds singing beautifully as before, Betushka could not resist. She and the maiden began to dance, and again they danced till evening. 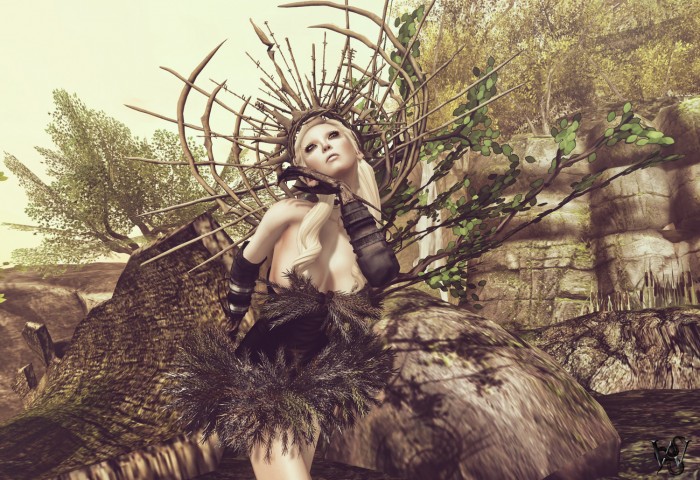 Now when Betushka looked at her nearly empty spindle, she burst into tears. But the maiden unwound the flax from Betushka’s head, twined it around a slender birch tree, seized the spindle, and began to spin. The spindle hummed over the ground and grew thick with thread. By the time the sun had dropped from sight, all the flax was spun. As the maiden handed the full spindle to Betushka, she said, “Wind it and grumble not. Remember, wind it and grumble not.” Then, suddenly, she disappeared.

Betushka, happy now, drove the goats home, singing as she went, and gave her mother the full spindle. Betushka’s mother, however, was not pleased with what Betushka had failed to do the day before and asked her about it. Betushka told her that she had danced, but she kept the maiden a secret.

The next day Betushka went still earlier to the birch wood. The goats grazed while she sang and spun, until at noon the beautiful maiden appeared and again seized Betushka by the waist to dance. While the birds sang for them, the two danced on and on, Betushka quite forgetting her spindle and the goats.

When the sun was setting, Betushka looked around. There was the half-filled spindle! But the maiden grasped Betushka’s bag, became invisible for a moment, then handed back the bag stuffed with something light. She ordered her not to look into it before reaching home, and with these words she disappeared.

Betushka started home, not daring to look into the bag. But halfway there she was unable to resist peeking, for the bag was so light she feared a trick. She looked into the bag, and began to weep. It was full of dry birch leaves! Angrily she tossed some of these out of the bag, but suddenly she stopped — she knew they would make good litter for the goats to sleep on. 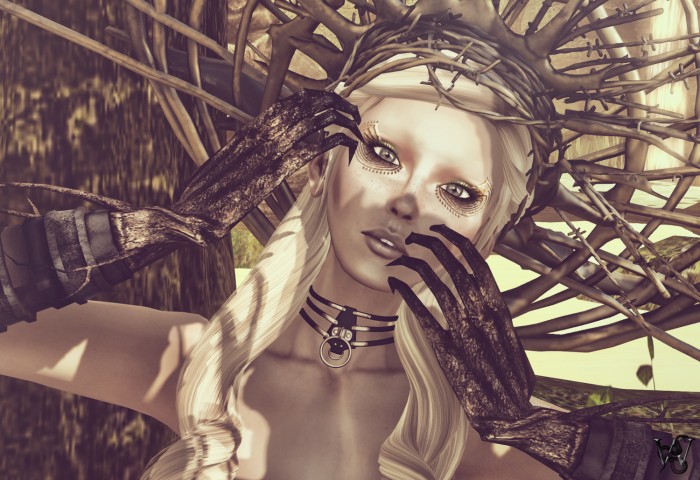 Now she was almost afraid to go home. There her mother was awaiting her. “What kind of spindle did you bring me yesterday?” she asked. “I wound and wound, but the spindle remained full. ‘Some evil spirit has spun you,’ I grumbled, and at that instant the thread vanished from the spindle. Tell me what this means.”

Betushka then told her mother about the maiden and their dancing. “That was a wood fairy,” exclaimed her mother, alarmed. “The wood fairies dance at midday and at midnight. If you had been a little boy, you might not have escaped alive. But to little girls, the wood fairies often give rich presents.” Next, she added. “To think that you did not tell me. If I had not grumbled I might have had a room full of thread.”

Betushka then thought of her bag and wondered if there might not, after all, be something under those leaves. She lifted out the spindle and the unspun flax. “Look, Mother!” Her mother looked and clapped her hands. Under the spindle the birch leaves had turned to gold!

Betushka told her mother how the fairy had directed her not to look into the bag until she got home, but that she had not obeyed and had thrown out some of the leaves. “Tis fortunate you did not empty out the whole bagful,” said her mother.

The next morning Betushka and her mother went into the wood, to look carefully over the ground where Betushka had thrown out the dry leaves. Only fresh birch leaves lay there, but the gold that Betushka did bring home was enough for a farm with a garden and some cows. She wore beautiful dresses and no longer had to graze the goats. Nothing, however, gave her such delight as she had dancing with the wood fairy. Often she ran to the birch wood, hoping to see the beautiful maiden, but never again did the wood fairy appear. 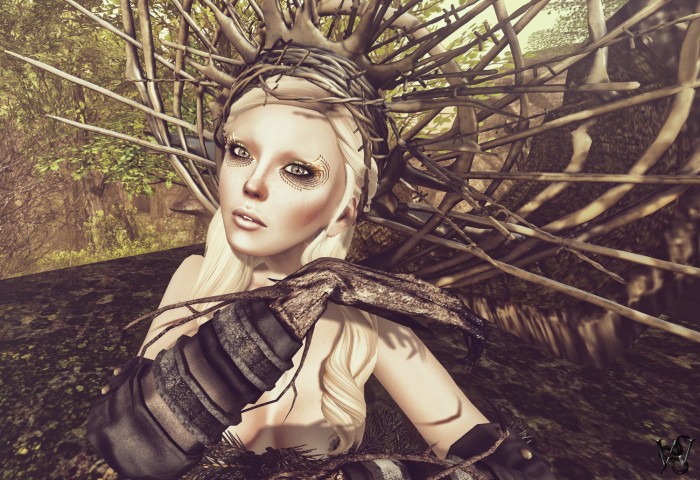 3 thoughts on “The Wood Fairy – A Fairytale…”