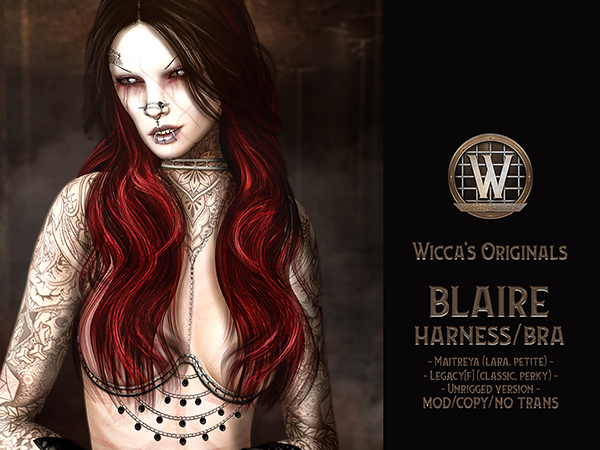 What I Wouldn’t Do For You

The anticipation turned from butterflies to angry bees as Blaire walked into her assigned dressing room. Tonight was the night. It was too late to back out now.
Her eyes widen when she sees a costume laid out on the dressing table. No, costume is too generous a word.
The metal bra is nothing more than an underwire that fits snugly beneath the breasts, and delicate chains with tiny coins that jingle. Another chain runs up between the breasts to a fitted collar for the neck.
That’s all. Nothing else to wear. Amazingly enough, Blaire never thought she would be given anything to wear. After all, you have to show the customers the product.
Never in her wildest dreams did Blaire ever imagine herself in this position, but she had no choice. She needed the money. Desperately. Her kid sister’s life depended on it.

Dani is sweet and innocent and deserves a better life than fate has given her. The money Blaire earns tonight will pay for Dani’s operation. Her childhood was stolen and Blaire was determined her sister would not forfeit her life, too. Now dressed in her costume, Blaire carefully applies some light make-up and brushes her long hair into a glossy sheen. For the most part, Blaire tried not to think about the next hour, but a sharp knock on the door brought Blaire back to reality.
Blaire stood and slipped her feet into a pair of nude colored stilettos before she walked calmly to the door. The man in the hallway took his time looking her over before he nodded his head and motioned for Blaire to follow.
With her head held high, Blaire followed silently behind while she repeated the same mantra in her head – for Dani, for Dani, for Dani.
The man stops at a heavy curtain and pulls it aside. Blaire pauses to peek through the opening. On the other side is a small, raised platform with several spotlights shining down. Beyond that, complete darkness.
Her escort clears his throat and Blaire immediately understands. No more stalling. With a deep breath, Blaire steps out onto the stage. The room goes silent.
Only by sheer will does Blaire resist the urge to cover herself. She read the rules of the contract and agreed to abide by them. The customers wanted to see the entire package, as was their right.
Another gruff sound from her escort and Blaire slowly turns in place. Once she is facing forward again, Blaire lifts her gaze high, but finds nothing in the darkness ahead to focus on.
A voice comes over a speaker that the opening bid starts at $50,000 US dollars. The virgin auction has begun.
For Dani, for Dani, for Dani.

HUD: 10 Colors/Metals (Many hide/show options as you can see on the vendor picture) 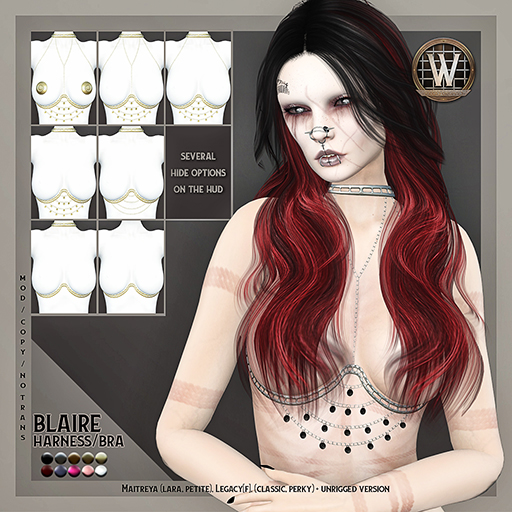 One thought on “Wicca’s Originals @ The Warehouse Sale // February 2022”