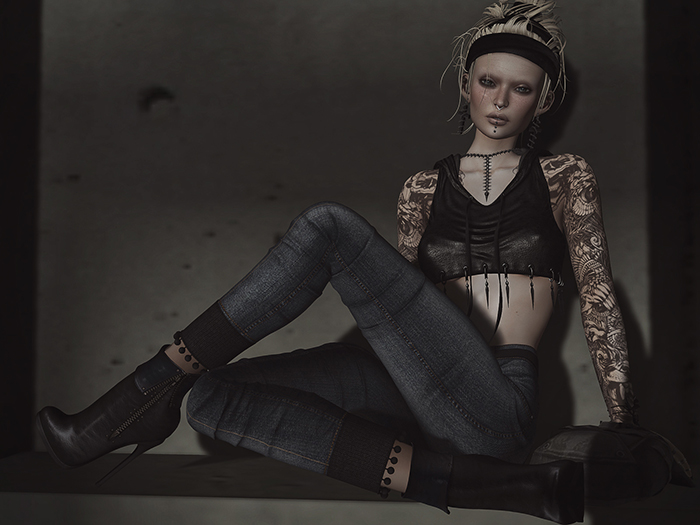 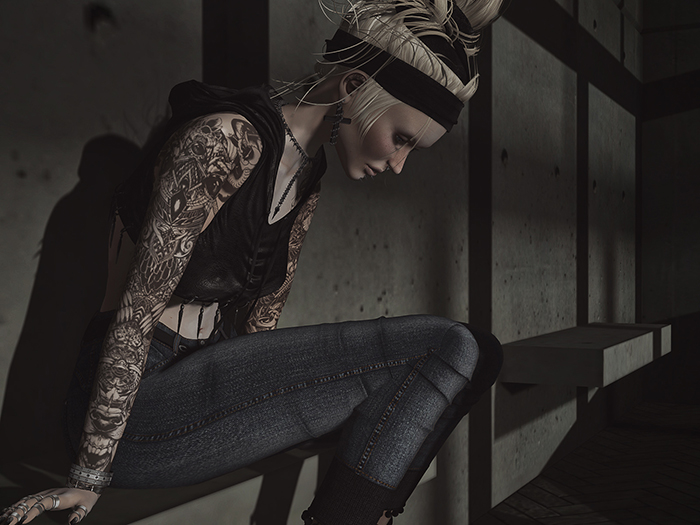 I rarely dress up to go shopping, clubbing or socializing – Usually I just wear the last outfit I blogged as I had that styled up anyways :p But today I felt not really blogging and I just put on some things I bought lately. With each piece I added I liked the look more – something I really did not feel for a long time and I have to admit… I like it! So this will be an “unscheduled” just the way I am picture series 🙂 This look could be something I could imagine wearing on tour, or on stage with the band as well.

Yesterday I had a blast and it happened out of the blue… Nefertiti Kimagawa IMed me! I did not hear from her in ages and I was totally excited when I saw her IM popping up. We talked a little while about what we had done in the meantime and when I told her, I did open my own store she came over to see it. Certainly I had to TP down and when I landed I saw a tall, awesome demon. It really reminded me of good old times and we indulged in reminiscences about her store and as well about Claim the Fame, a designers contest we did years ago with SL Art Couture. Nefer was one of the contestants. I even still had a vendor picture where she used me as a model for an outfit and helmet called Wicca – I still remember how honored I felt when she named it after me. All of a sudden I saw an orange cloud right beside us – Nefer TPed someone… it was Kalyabreeaa Capelo! The designer of Mad Diva and my personal hero for the first avant garde bikini back in 2011 (http://wiccamerlin.de/can-swimwear-be-avantgarde-or-couture-mad-diva-shows-it/) It felt so crazy, to have 2 old friends in our store now, while I was blogging for them years ago, when I worked as a model *snickers* I tried to convince both of them to design again, as I really miss their awesome, crazy and avant garde ideas!

I never thought it would be so much fun to roll back in time for a few moments and think about all the cool things we did – but it really felt amazing and it put a smile on my face. I hope that it won’t take as long until we meet again 🙂 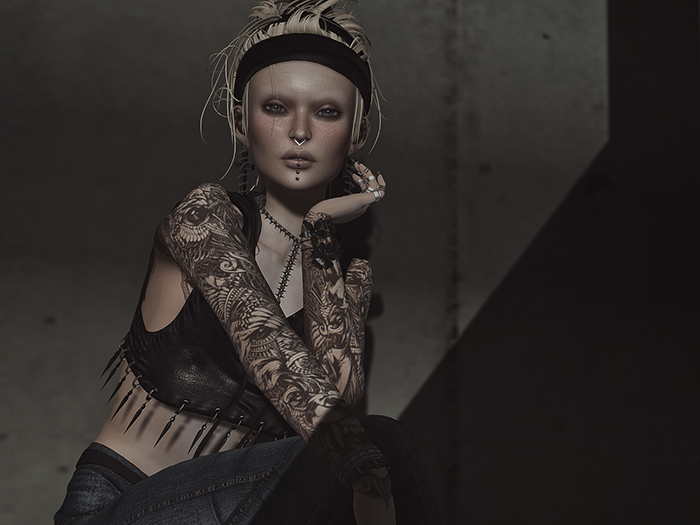 As if that would not already have been the best evening for ages, Kaly mentioned she would TP another “model granny” over and before I could ask – Latrelly Flux rezzed in! OMG that really became a dinosaur revival :p I did not see all of them in ages, neither we talked, but it felt so good to se them again and while we were talking, it became more and more as we would have never stopped talking. I again felt like the dwarf between those ladies – as always – even if I am now not as high as I used to be as a model… even back then I was the tiniest 😉

I do not wanna roll back the time, but we really had great times back then. Modeling was completely different.. and alive.We did not have as many events and designers really created full collections a few time of the year and not just one new outfit for a monthly event. We had Fashion Weeks or Designer Showcases to release their newest collections and it was really fun. They booked us for vendor shoots and I remember very well how honored and proud we felt, being used as vendor model – It really was a privilege and sometimes we even got paid for it.

I do not want to say, in the past everything was better – things change with time and future not just brings negative things, if you are able to develop and adapt new ways of doing tings. It is hard to release the past, especially if it was a nice one, but even if things change and force you to change it can be something good. Most of the time if you stick too hard to the past, it will hurt you and as well it will stop you from developing forward. I learned that more than once, but if you made your peace with that – it isn’t that painful and more and it happens way faster and easier, as if you fight against it everyday 🙂

I hope I made sense with what I was trying to say… in the end I am no native English speaker, but I try my best 😉 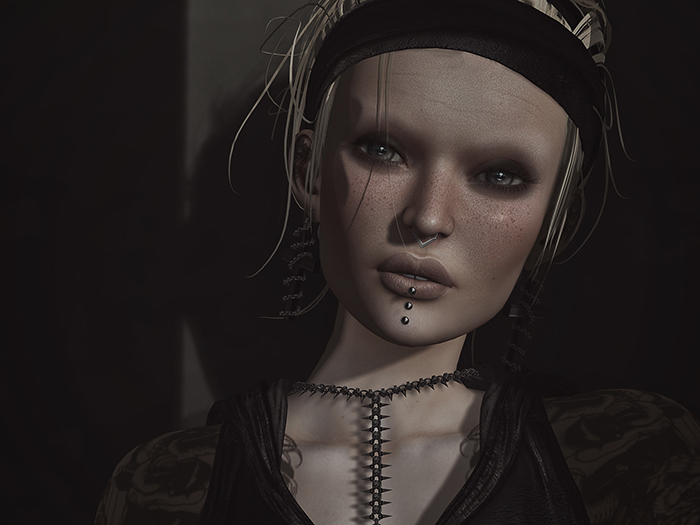