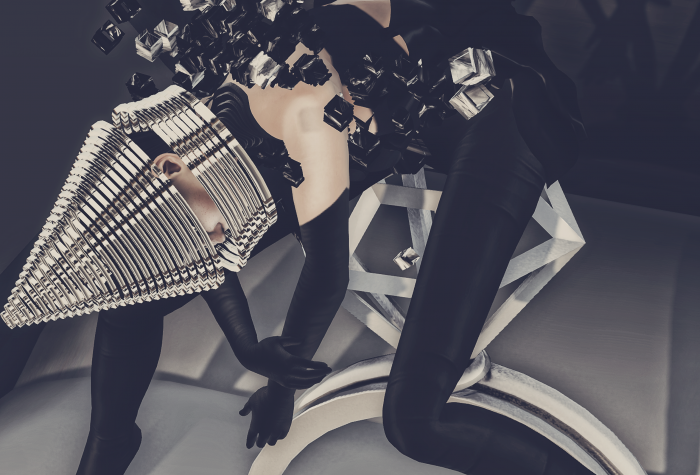 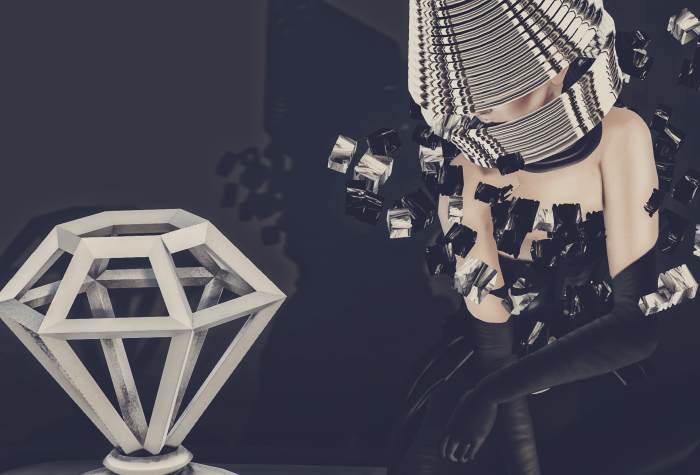 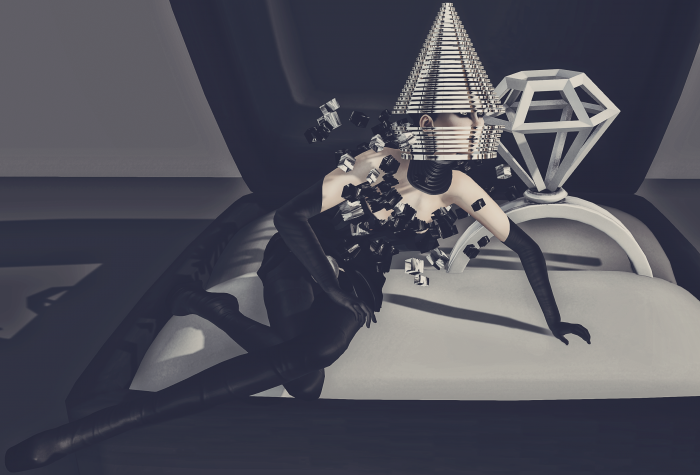 The FF7 Livestream RP Community is opening their doors with a bang. They host a 2 week shopping extravaganza from February 7th to February 21st. All items showcased there are some kind of Final Fantasy inspired as well as steampunk, futuristic and cyber punk orientated. 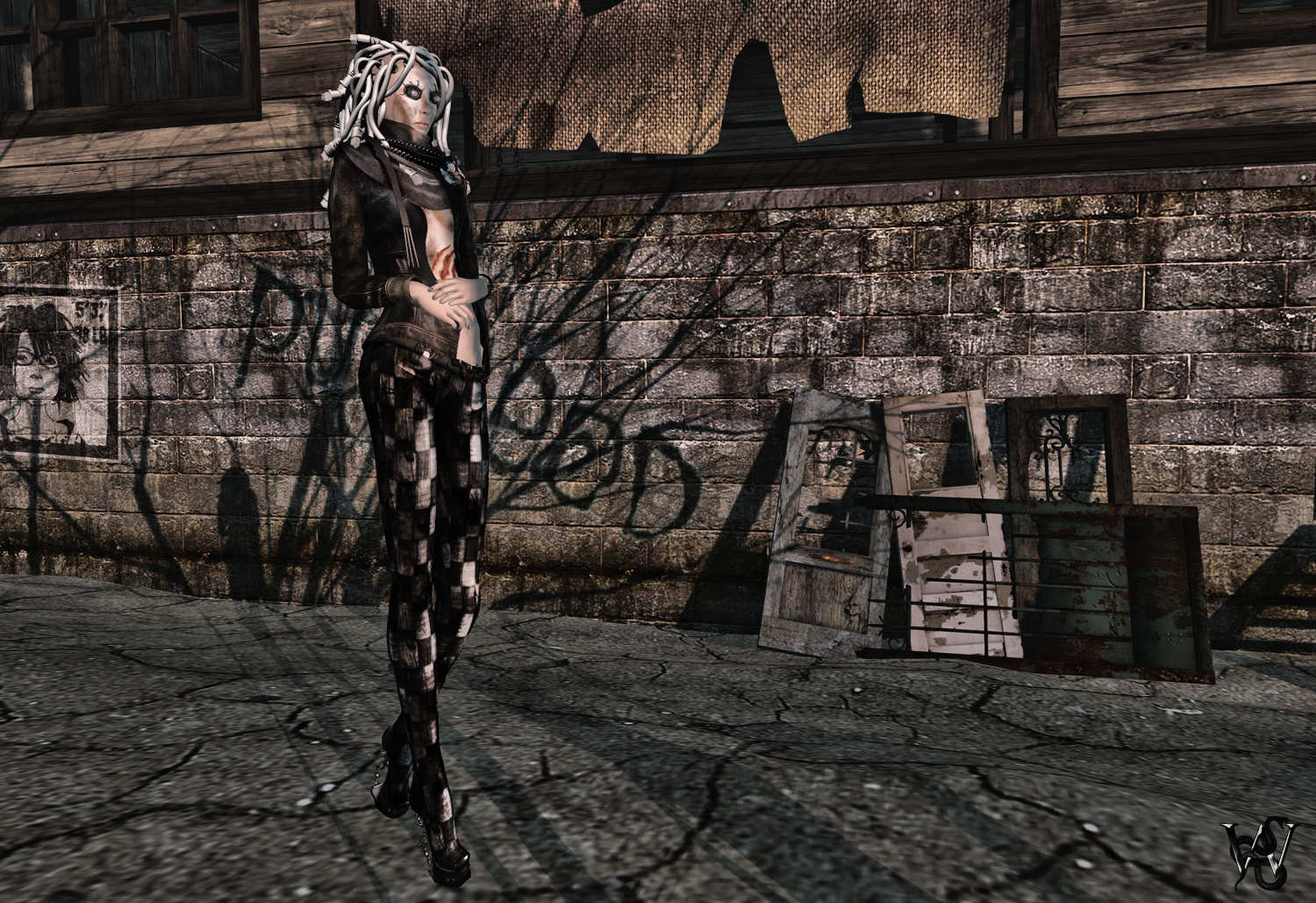 For my today’s look I chose the “Oculus Enhancements” by Souzou Eien . Thos amazing eye decorations really inspired me to do a styling that goes in a futuristic and steampunk direction. 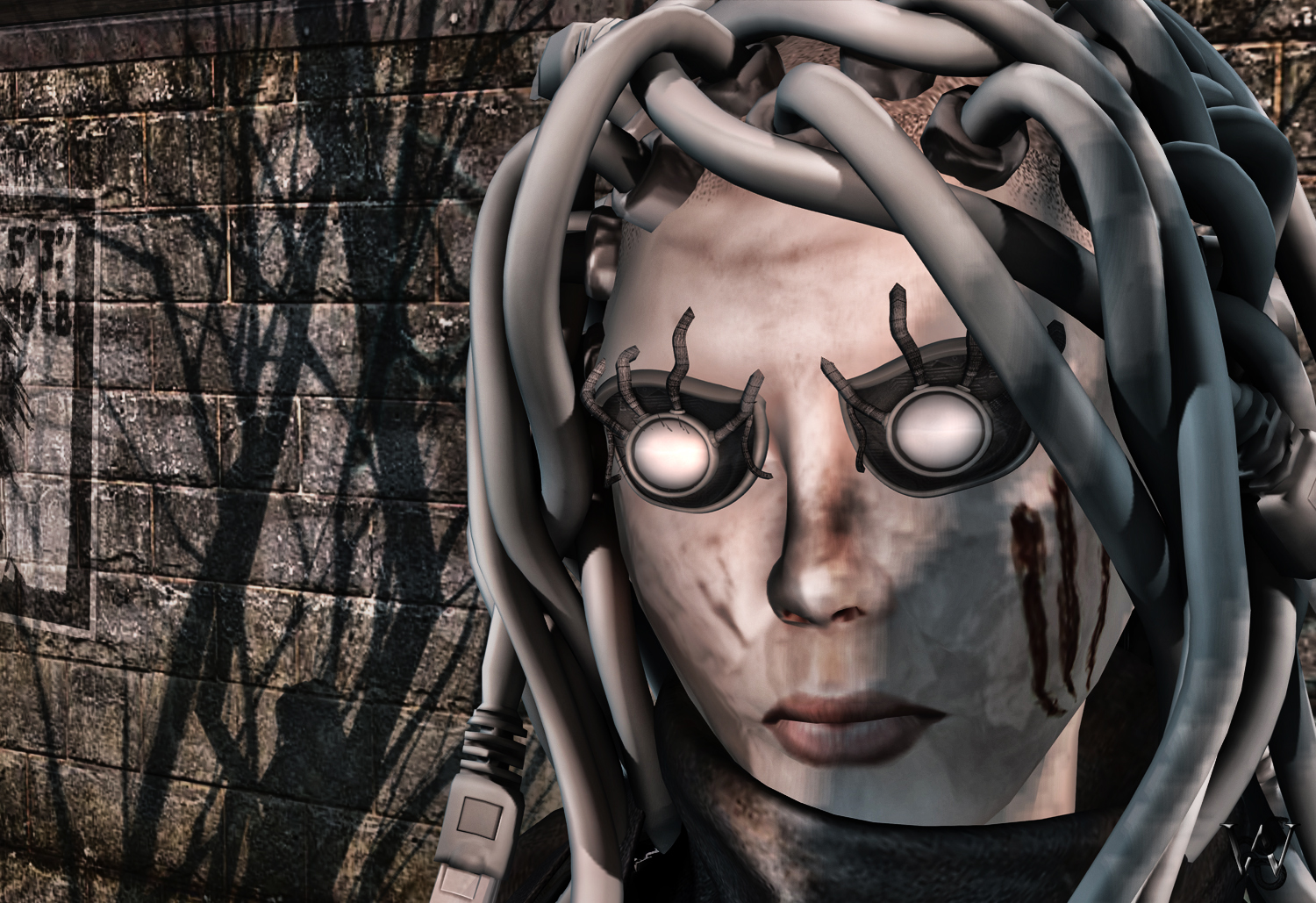 The “Oculus Enhancements” are very versatile and you can customize nearly each part of it with a menu by touch. You can change the color of every part to make sure it will match your extravagant styling. 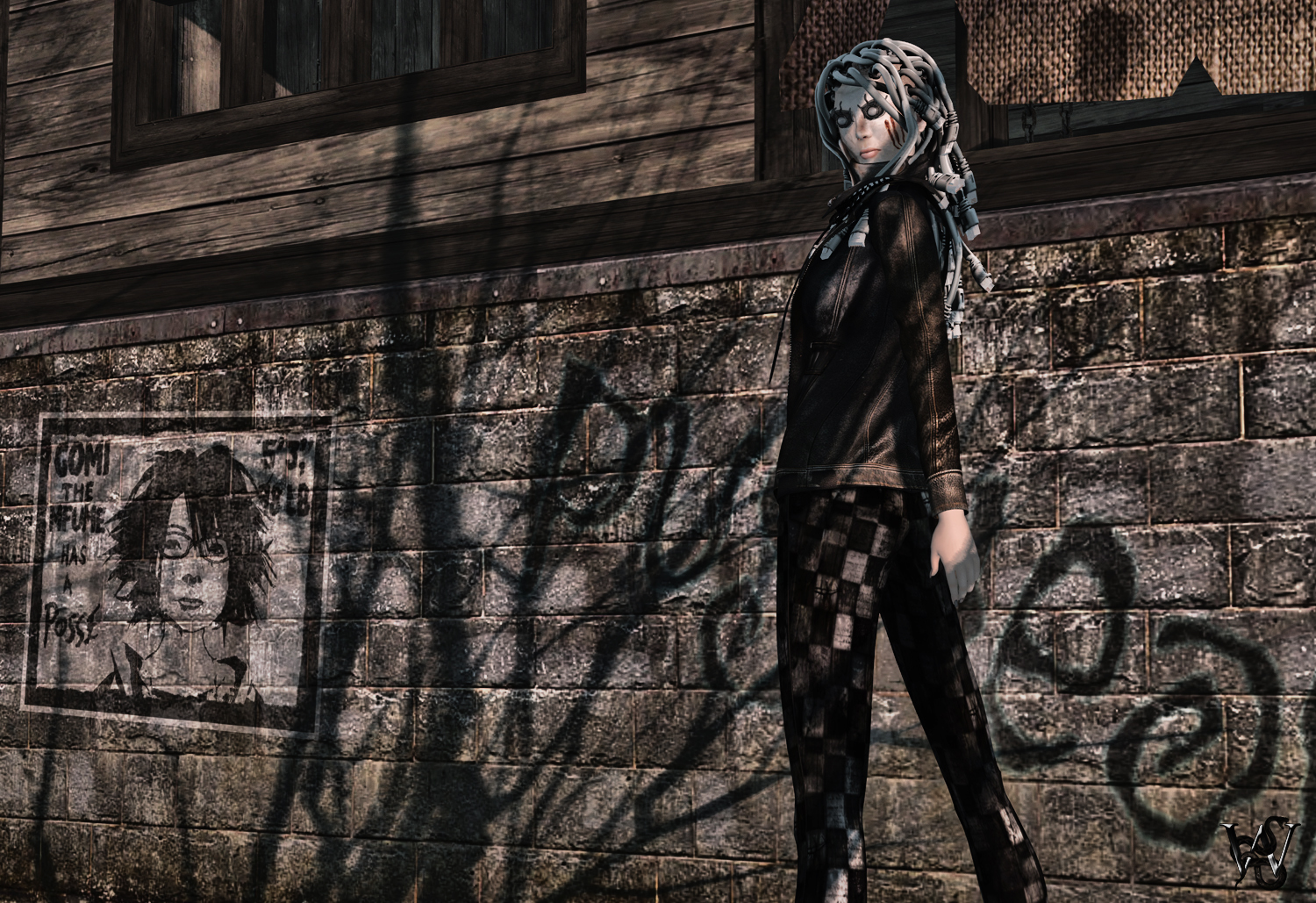 For the jacket I took the “Vintage Leather Jacket” from GizzA. With the open front and the used leather look it was the best addition I could think of for this kinda special look.

Since it was open and I did not wanna put a shirt under it, I added some dirt and mud as well as some scratches to get this kinda apocalyptic look and mood, as if I just survived a fight;) .

The cool Steampunk Leggings” are made by Yasum. They originally were made for a steam punk event, but they just were perfect for my look. The come with a huge HUD wich lets you change colors and fabrics of the pants, the heels as well as from the added belt buckle. What really caught my attention was that the shoes are right connected to them and the heel was made with such love to the detail. All those cool little steam punk gears put together really caught my heart 😉 . 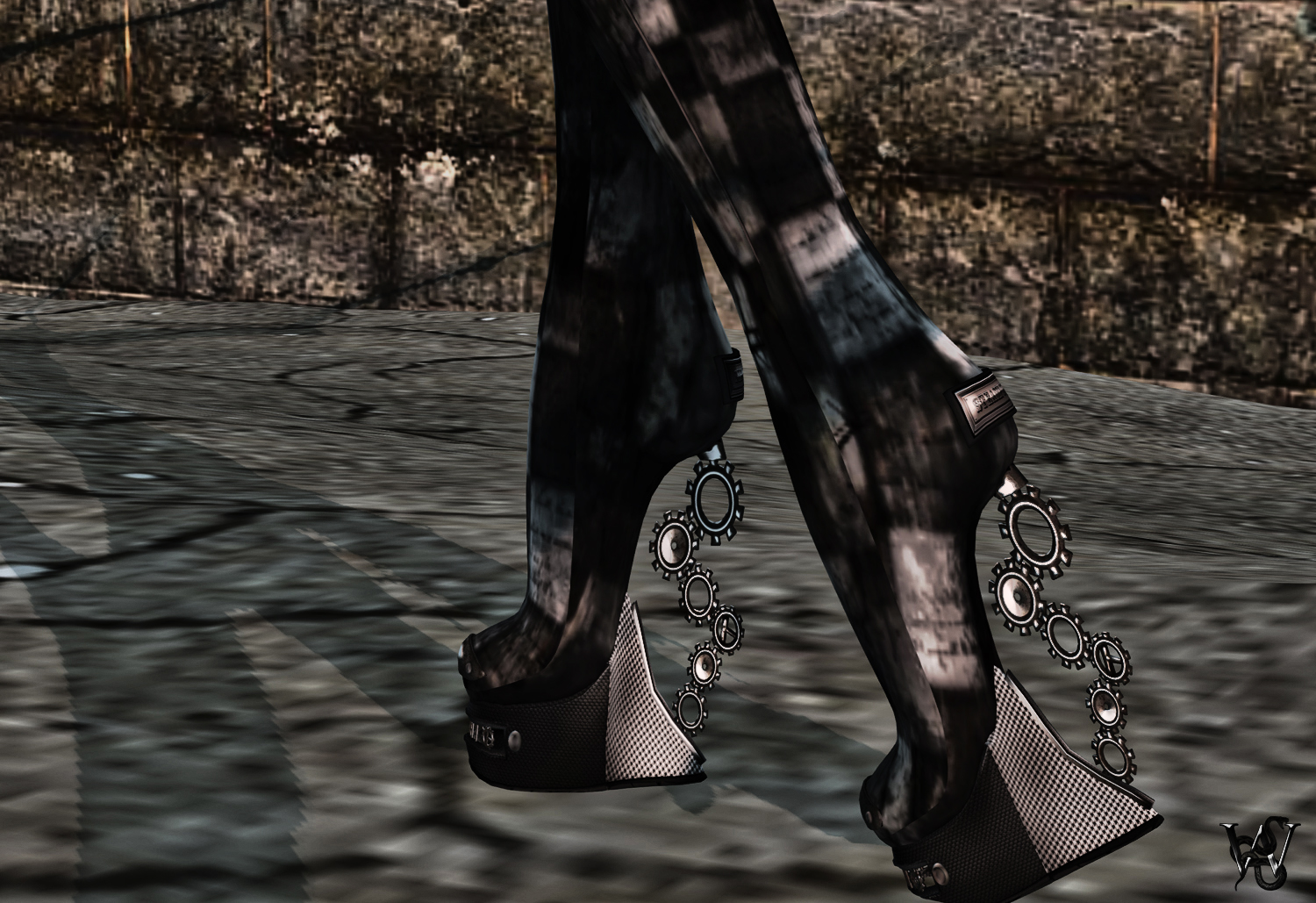