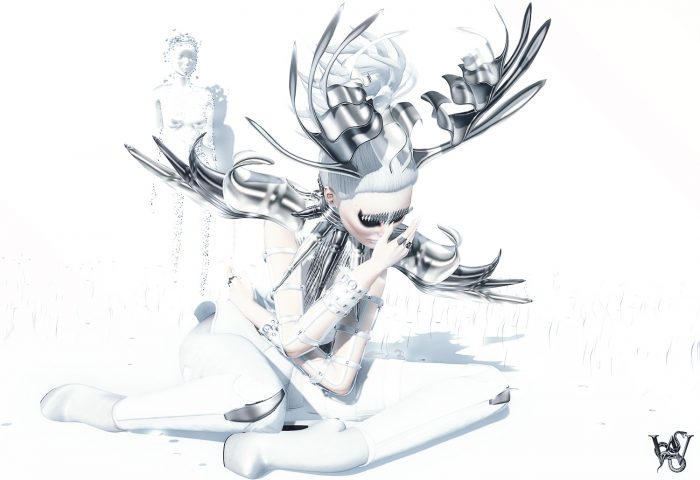 “And now to something completely different!”

In RL my English teacher – back when I was at school – used to say that if he was changing his topic, and after a roll of post apocalyptic posts (one is still missing), I wanted to do something different and finally my mind was able to do something else *giggles*

I am always fascinated from white pictures and rarely – if I try one – , they come out as I want them too.

But this time it did! I wanted to do a combination of power and fragile moments in a very soft environment.

All I added for the set were the “Waving Bioluminescent Fungus” in white and the “Rapunzel in Evie White Tower” in front of a white background. The “Rapunzel in Evie White Tower” reminded me of the thought of your inner voice, that talks to you if you have decisions to make or that you ask when you are down and do not know who to ask. It looked great in the background for the idea of the picture. 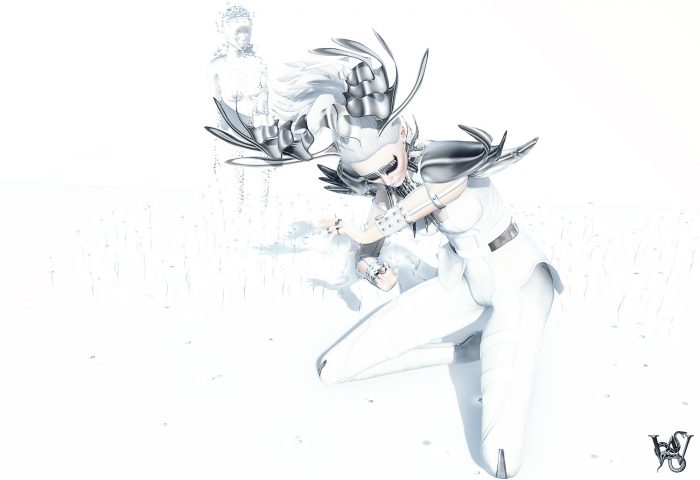 Do you know that moment, where people want you to be strong and you feel right the opposite but cannot show that, because you have a task to end or you have to be there for someone?

It is like an inner fight with yourself, trying to not let the fragile side win. Sometimes you need to be strong, no matter what. Even if I have been told several times to not hide my feelings – if you have a true friendship, sometimes your own feelings have to be pushed behind to be there for your friend. Thank god it does not happen too often that those 2 ‘souls’ come up to the same time. Would you not expect the same from a true friend – to be there for you when you need him or her most? and even if I am always afraid to bother someone with my problems and moods. But IF I do, I really to expect close and true friends to be there for me. And saying that I would even get up in the middle of the night and drive 500 and more kilometers to help , when it would be needed and possible.

True friendship is rare and even more rare in an online environment, but it is there. Many times you might be disappointed from people who you thought you know but if you stop trusting… you never will find those who are true and honest. You would cut yourself off to meet people who could be potential true and honest friends. I do not know if that makes sense – bear with the German – but I hope you know what I am trying to say. 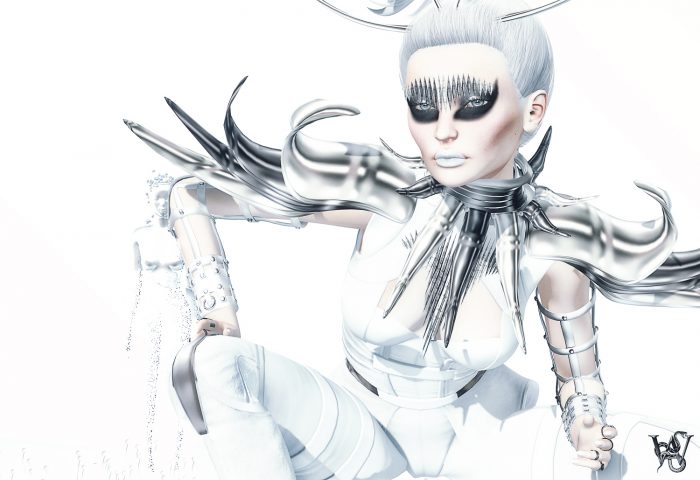 In the past 10 years in SecondLife, I met many people. Some I still talk to, some quit playing and some just vanished. It was a rollercoaster journey in terms of meeting people. A few I let come close to me and they ripped out my heart and left me in pain for weeks. sometimes I even thought I will quit playing Second Life. But then there are some that I met, which caught me, gave me the feeling of being close to them and those I would not want to miss again. It might only be a handful people who really do know me – know more behind Wicca’s pixel – but those I highly value and I could not think about a life without them anymore. Even if we never met, we shared tons of hours on skype or inworld, even further on mobile communication tools and they became part of not only my Second Life but my real one as well.

Friendships are different – Some are super close and with some you share moments and experiences but you do not talk to them on an everyday base. That does not have to be bad though, they are still friends I do care for and in the moment we meet we have the biggest fun ever 🙂

I never would wanna change the past, as it did make me to what I am now – SL and RL. Even the pain made me learn something –  I never stopped to trust people or give people a chance to know me and become new, true friends.

Sometimes it is hard, but if you go out to find new true and real friends maybe do not give them the burden or the doubt out of your past experiences. They are not responsible for that, nor they know.