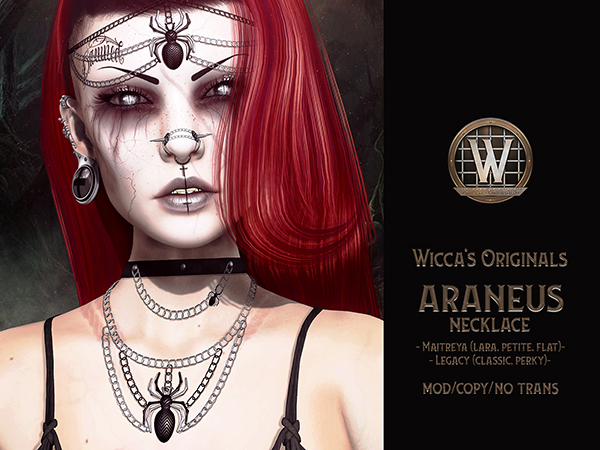 Three days before her Coronation, Wicca stands in the Great Chamber with a heavy heart. She stares at the shattered remains of the case that once contained the Araneus, the three symbols of leadership which she must accept in a formal ceremony before she can reign as Queen. Without the Araneus, Wicca’s Kingdom may be lost forever.

The Royal Guard informed Wicca that three rebels each took one piece of the Araneus and fled the Kingdom in three different directions. However, the rebels were not clever at hiding their tracks and the guards discovered the location of all three pieces. Wicca ordered three pairs of guards, all dressed as commoners, to follow the path of the thieves and recover the Araneus.

Hours later, one of the thieves lie dead at Wicca’s feet. He took his own life rather than risk capture and torture at the hand of the Royal Guard. The necklace – the Heart of People – granting her the right to rule the kingdom, was en route to a neighboring Kingdom with an eye on Wicca’s throne. Had the thief been successful, her peaceful kingdom would be at the mercy of a tyrannical Warlord.

The return of the necklace was not enough. Until the remaining two pieces of the Araneus were returned, no one was safe.

Sizes: Maitreya (Lara, Petite, Flat), Legacy [F] (Classic & Perky)
HUD: 10 Collors & Metals
(can be worn as collar or necklace only/single as well – hide buttons on the HUD // one spider runs down in the back on the spine as well) 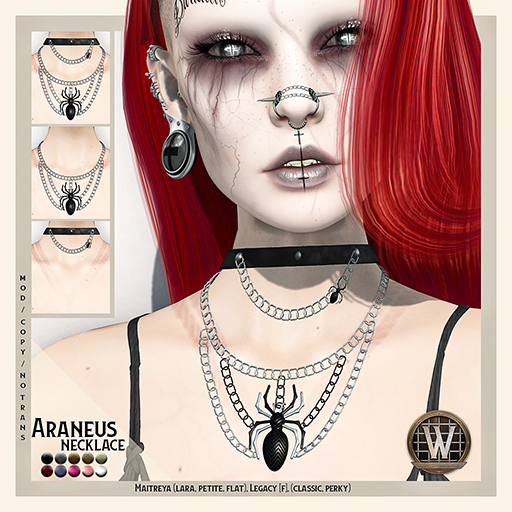