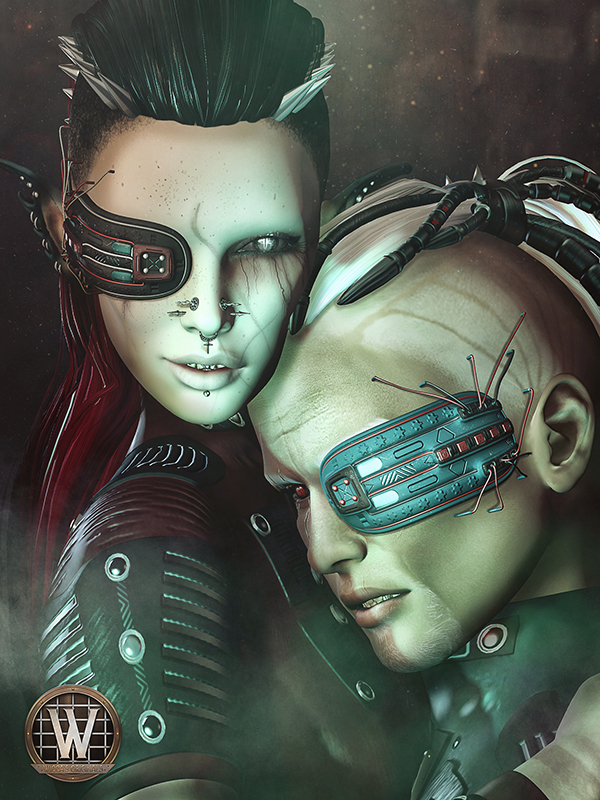 The Hawkeye is a superdermal augment designed by Wicca’s Originals. This device is worn over either eye, and is equipped with some of the latest in neural interfacing. Unintrusive and reversible by design, induction connectors tap into a few points to interact directly with the optical nerve and spatial processing center of the brain. Like its superhero namesake, the Hawkeye empowers its wearer with preternatural vision, allowing for extreme precision and range with marksmanship, the ability to heighten the contrast of moving objects, or to lock onto and track a target moving in a busy scene. If connected to a storage device, it also can record the footage seen. The Hawkeye comes in 10 color options for the materials and metals, and is unrigged for a unisex fit on any head. 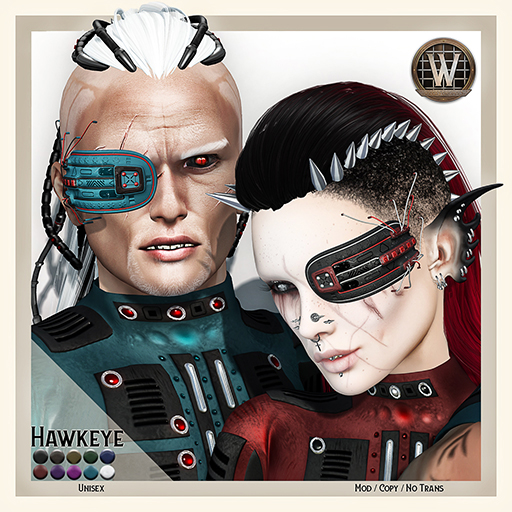