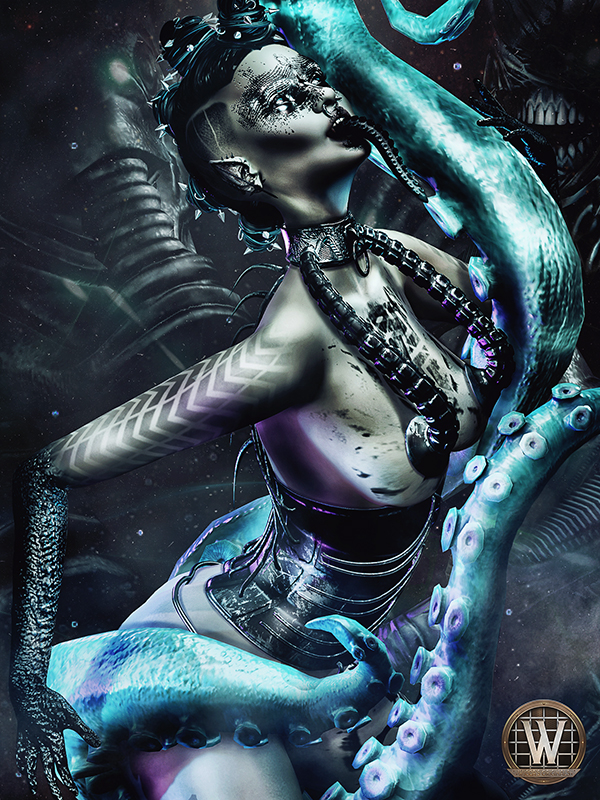 The Ayda Outfit will change you. It isn’t just an outfit, it’s a device that can deliver to the wearer either ultimate pain or ultimate pleasure. Being directly connected to the erogenous zones, as well as plugged in to several nerve clusters along the spinal column, stimulation of various sorts can be applied. One might notice a lack of remote control, that is because the Ayda Outfit reads your darkest impulses directly from messages sent along your spine. It does ask for consent. It does not respect safewords. It adjusts dynamically to your own responses. Some reports claim the Ayda Outfit has caused neural overloads, brain damage from the sheer intensity of agony or euphoria. Wicca’s Originals assures you that these reports are false: the Ayda Outfit is an extreme one, but is safe to wear and use. Comes in 10 dark color patterns in one set, for Maitreya, Freya, Legacy, and Slink Hourglass bodies. There is also a color edition, which comes in 10 vibrant, brighter color palettes. 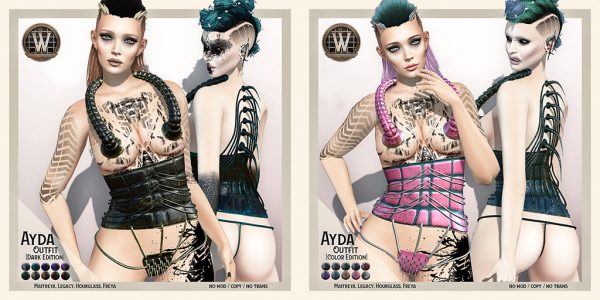