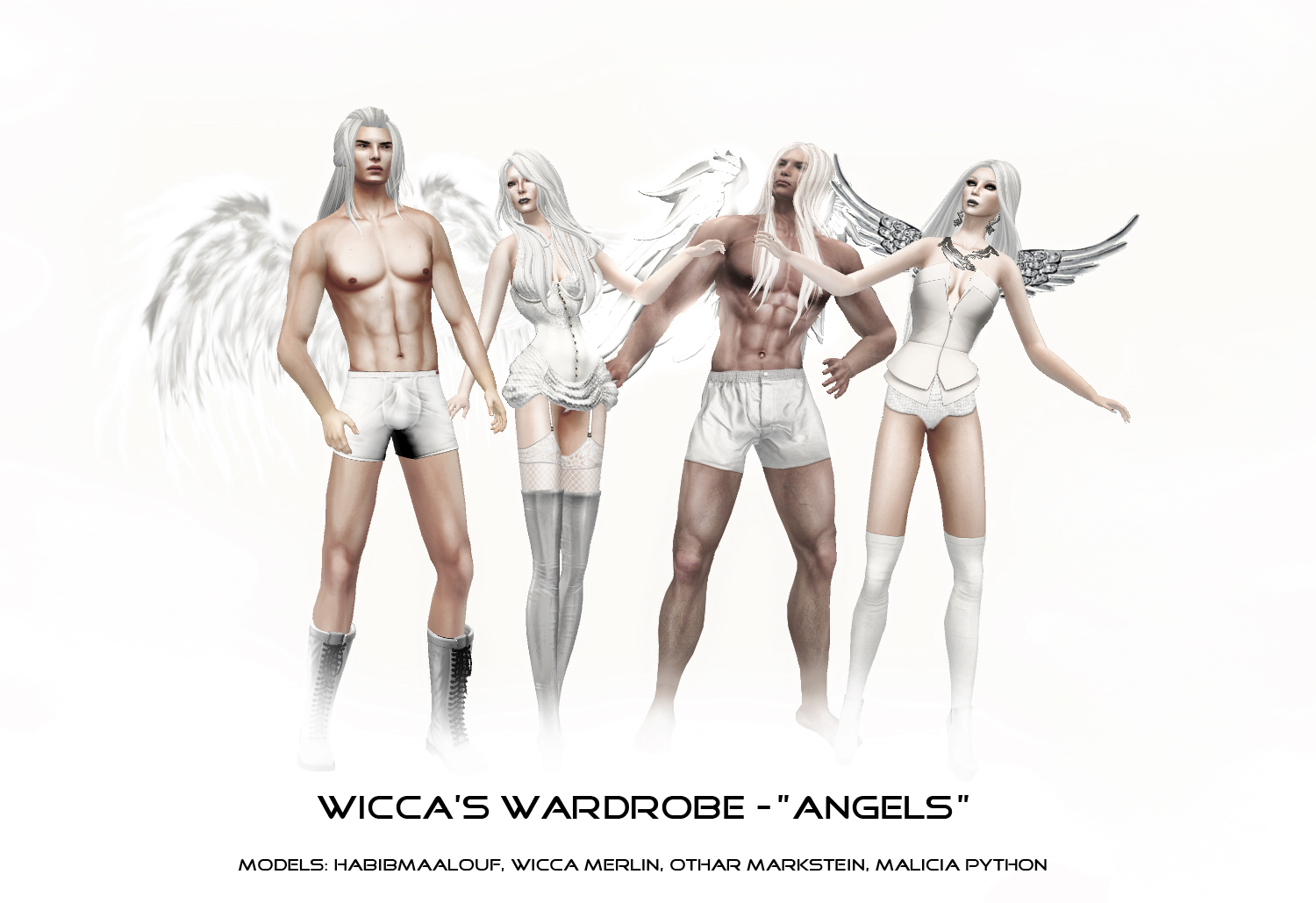 This year I was so happy and honored to be asked if I would like to be part of the POE6 hunt. The POE is one of the biggest hunts on the grid and I was so excited when Sequoia Nightfire, the founder of it asked me if I would like to contribute a hunt item as well.

I wanted to make something that goes with the theme of the Peace on Earth hunt as well as I wanted touch the christmas season a bit and so I came on the idea to make a group pose for angles ;).  The “Angels” pose set contains 4 non released poses. They are single in that pack so you can use them for other purposes and smaller groups or for your own only as well. They are made with a smooth transition, so they are suitable for the runway as well.

2 thoughts on “Wicca’s Wardrobe – Poses for the POE6”