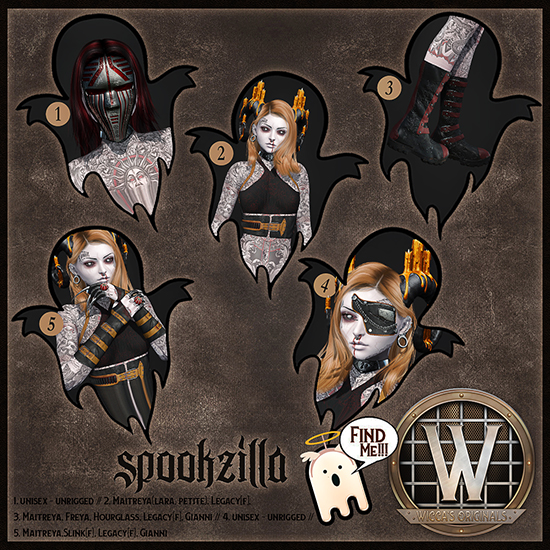 I’m LATE! I can’t believe I fell asleep at the computer, again!

Where are my clothes? Why can I only find one boot?

I forgot to do laundry. Maybe I can wear this top one more day. No one will know if I wearing a bathing suit under my clothes, will they?

Bruno, that is NOT a chew toy. Give me back my glove.

Now, how did THAT get in the refrigerator?

Why is the parking lot empty? I can’t believe it. 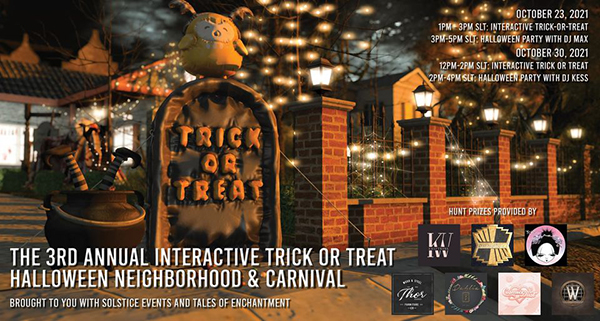 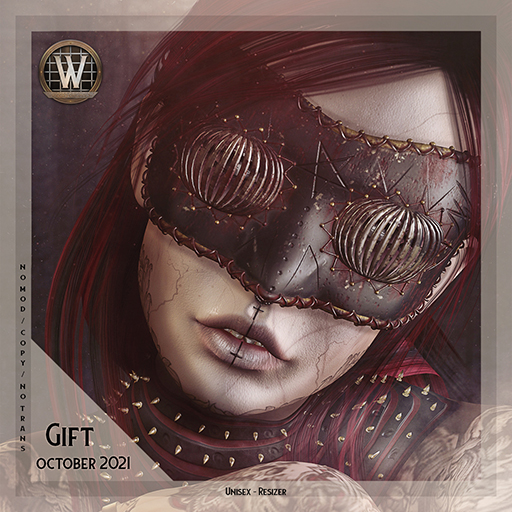 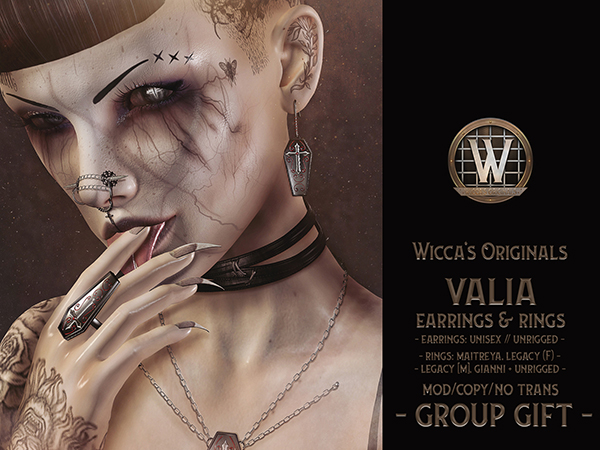 Months have gone by since the ceremony that forever proclaimed me as The Great One’s Blood Doll, the Valia Necklace forever embedded into my chest declaring me His.

I sit at the dressing table brushing out my long hair, awaiting His nightly visit. I stare at my reflection and finger the necklace; awed at its beauty. Magically, matching earrings appear dangling from my lobes. When I drop my brush upon the table, a matching ring appears upon my finger.

“A gift, my pet,” The Great One murmurs as he pulls my hair over my shoulder and presses a sensuous kiss upon my neck.

I smile at His generosity as His fangs in deep. 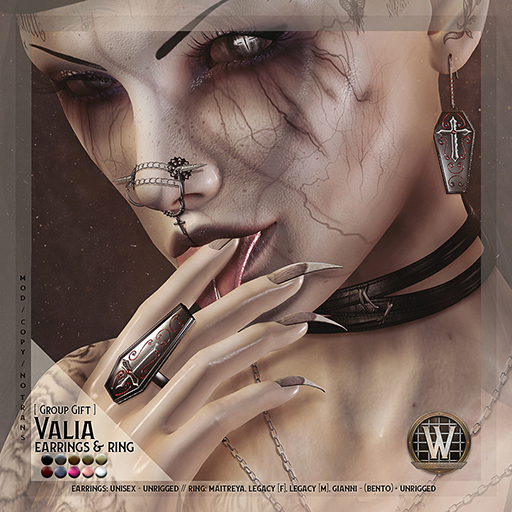 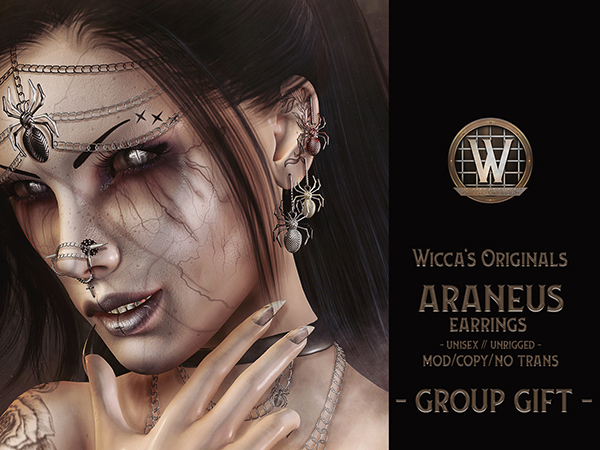 The day of the Coronation has arrived and Wicca stands in her bed chamber, staring blankly a the wall. Though dressed in her ceremonial gown, Wicca felt anything but regal. An hour away from the ceremony that would appoint Wicca Queen and the final piece of the Araneus was still missing. Without all three pieces – necklace, crown and earrings – Wicca cannot rule.
The earrings – the Balance of Justice – grants her the wisdom to treat all equally and without prejudice. Even with compassion and knowledge, what was a ruler without wisdom. Has she failed her people even before becoming their Queen?
A knock on her chamber door draws Wicca’s attention and she turns to see two filthy, haggard men being admitted into her chamber. Upon seeing their future Queen, each man drops to one knee and bows their head in homage. As Wicca draws near, she recognizes the pair as Royal Guard sent out to recover the last of the missing Araneus.
The men are caked from head to toe in muck and slime, their shoulders sag and their legs tremble from exhaustion. Had they even rested since ordered on their quest three days ago?
Fear grips Wicca as she approaches. She can only assume they failed in their quest and the last of the Araneus is forever lost. Only when Wicca stands before the men do the raise their weary heads to look her in the eye. With the last of their strength, each man lifts a arm and opens a clenched fist. There, on each of their palms, lies an Araneus earring.
Wicca drops to her knees before the exhausted guards, takes each of their outstretched hands in hers and presses them to her lips. The guards, embarrassed by their appearance, try to pull the filth-covered hands away, but Wicca refuses to relinquish her hold. It is not until her maids rush to her side does Wicca release the loyal guards.
In an attempt to escape capture, the last thief threw the earrings into a noxious bog when the guards were only yards behind and closing in quickly. Knowing the gravity of the situation, the guards discontinued their pursuit and searched the bog for days, without rest, until the earrings were recovered.
With the Araneus fully restored, Wicca can now be crowned Queen. She orders her maids to see the two guards bathed, fed and clothed before she is escorted to the Throne Room for her Coronation.
As each piece of the Araneus is placed on her, Wicca thinks of all the people within her Kingdom and vows to serve them until her dying day, with the same devotion they have shown her.
Long Live The Queen.
– The End –
Sizes: unisex – unrigged // mod/copy/no trans
HUD: 10 Colors/Metals
(completes the “Araneus Set“) 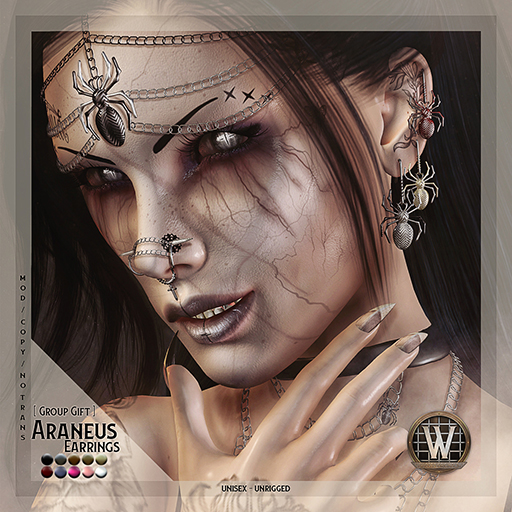 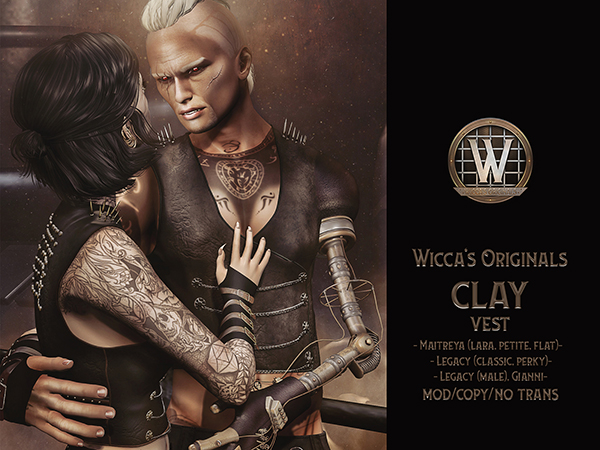 The powerful engine roars to life and I smile. Do not judge me by my appearance. I may look like a Victorian lady, but deep down, I am a wild creature ready to explore this new steam powered, mechanized world…

Wearing my brother’s clothing, I leave my heavy dresses and tight corsets behind. My parents want to marry me off to some titled aristocrat, but that existence would suffocate me.

I give my mean machine gas and shoot out of the driveway; gravel spraying wildly behind me. A laugh of pure joy and the exhilaration of freedom rips through my body. Yes, this is the life!

(pls take a look at the back… there are some details too ;)) 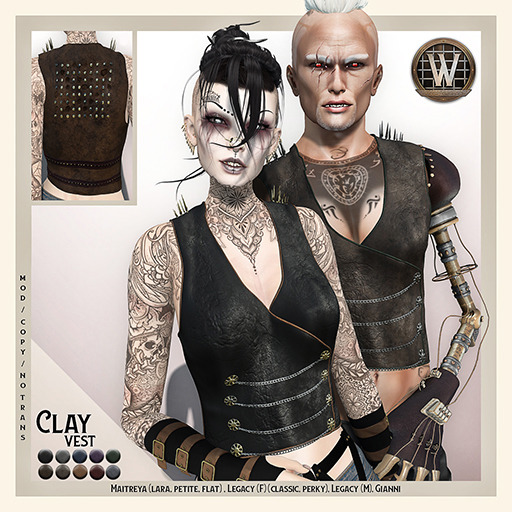 You can leave your hat on, especially if it’s made by Wicca’s Creations.

This steampunk styled top hat open and closes for better reception and fun. 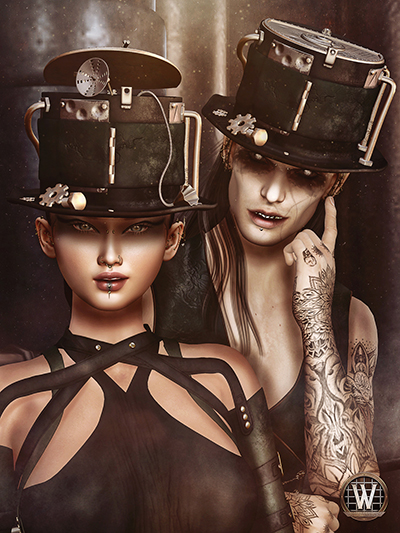 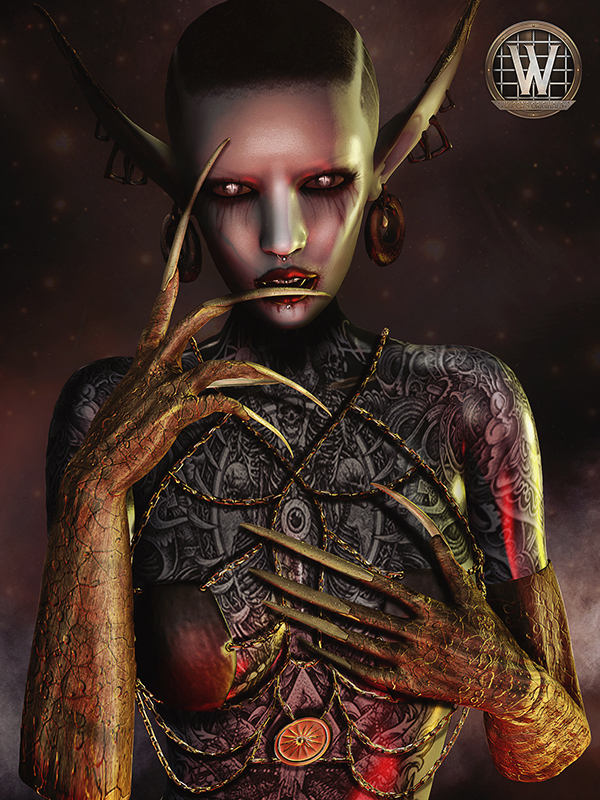 Wicca’s Originals is participating in the Twisted Spring Hunt! It will run from March 15th until April 15th az our Mainstore, so you have plenty of time to get your goodie!
The theme of the hunt is Djinn and our prize for you, is a special version of the Artio Gloves exclusive to the hunt! The glove is fitted to Maitreya, Hourglass and Legacy and makes uses of bento for a more realistic experience.
You will have to search for a special sand colored cube in our store.
To help a little bit we’ve added a hint:
“Awards are so unnecessary because I think we get so much out of our work just by doing it. The work is a reward in itself.” – Natalie Portman
Happy hunting!
Mainstore: Wicca’s Originals 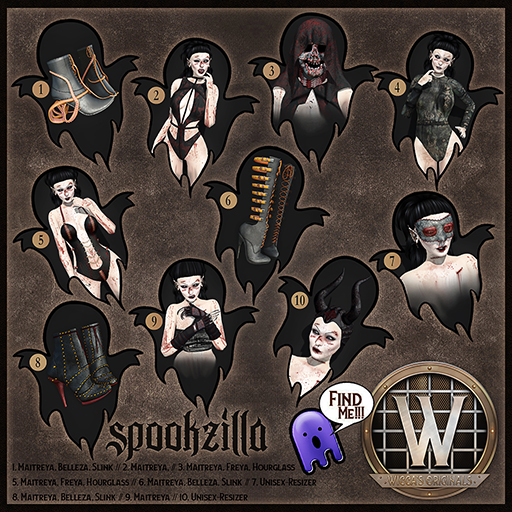 Just because a lot of us are quarantining at home does not mean we can’t still have a fun Halloween season! Wicca’s Originals is taking part in the Spookzilla hunt! It runs from October 23-31st!

Over 200 designers have joined to make this a fun experience for everyone. Each designer has made a hunt item (priced only between 5-25 L$) and each store has a hunt key. If this sounds like a fun experience then head on over to Spookzilla!

For our gifts, you just have to find those 10 sweet little ghosties hidden all over the sim: 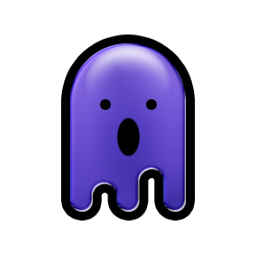 If you wish to know more about the event you can also have a look at their Facebook page here: https://www.facebook.com/treventssl/

We hope you all have a fun Halloween season and Happy Hunting! 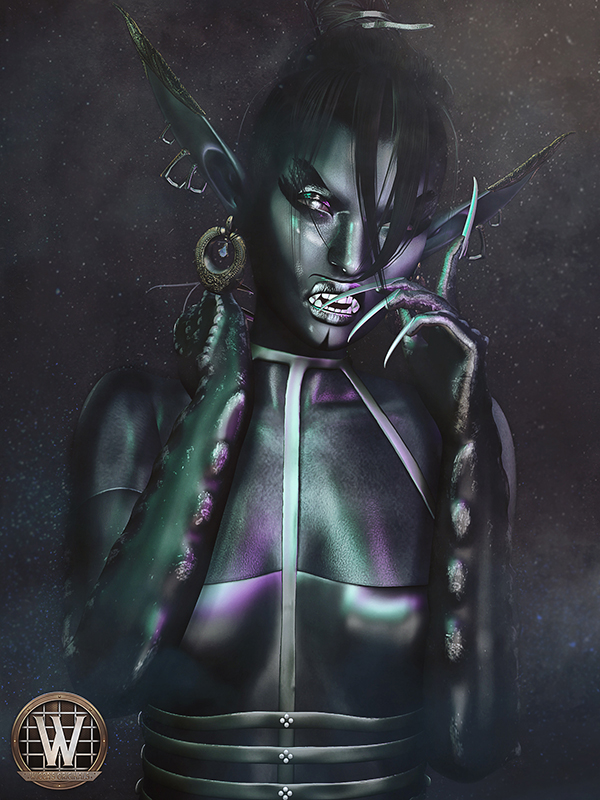 Do you dare come find me? Let my long, gloved claws caress along your flesh? Then I dare you to search for your prize and let yourself sink into the depths of insanity and embrace your inner sins…

Hunt Hint: “Someone I loved once gave me a box full of darkness. It took me years to understand that this too, was a gift.”
― Mary Oliver 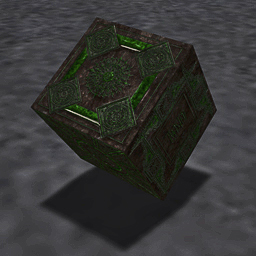 Exclusive for our Wicca’s Originals members we have some of our favorite recent releases in special colors just for you! First we have Kaenis, sexy chain lingerie/bikini. We are offering it to our members in black latex with a texture HUD to access four different metal colors. Kaenis fits Maitreya, Hourglass and Freya.

Next we have our Adeleline Mask. We are offering it to our group members in 4 exclusive shiny metal color options. Adeleline is unisex and modifyable, so it will fit every face. 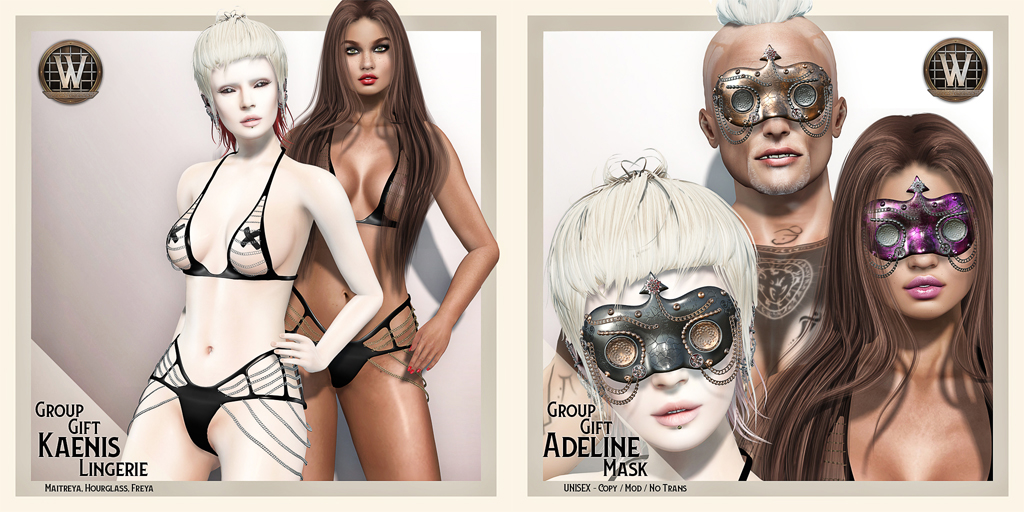 Given the state of the world today, we are excited to participate in the Stay at Home Club! https://www.thestayathomeclubsl.com

We are adding a special shiny metal version of our Aki Mask to the Stay at Home Club gift pile.

Aki is unisex and modifiable so it will fit all kinds of faces. All you need to do is teleport to our main store to get your Stay at Home gift from Wicca’s Originals. 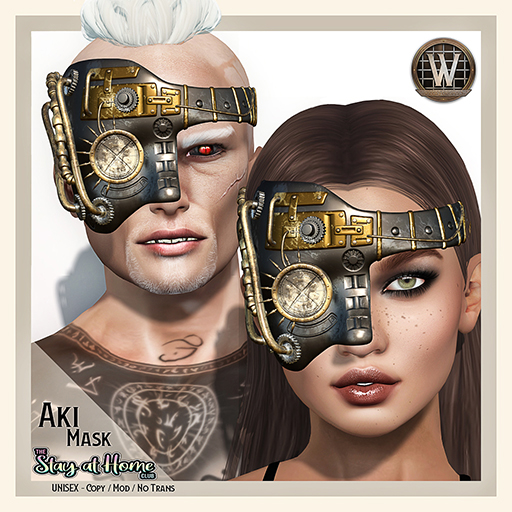 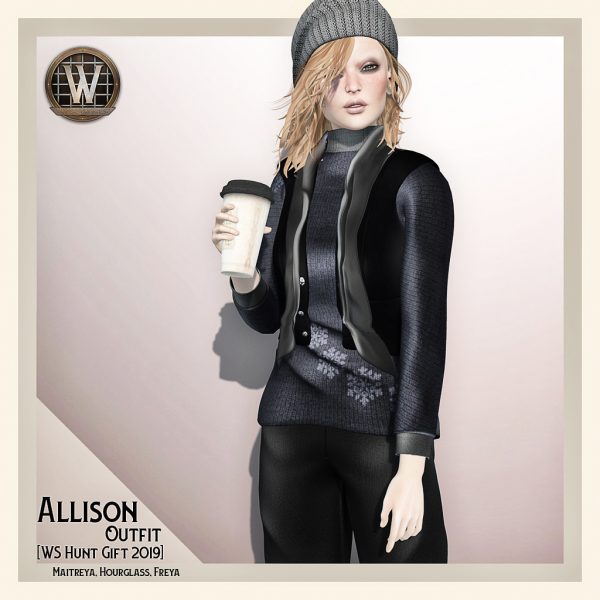 We have the most cozy and stylish outfit for you to discover as you scour the sim during the WomensStuff hunt!

We have Allison, an outfit perfect for the cooler months made up of pants, pullover, vest and scarf. This version of Allison is special just for you as we have a new color and added snowflakes to the pullover. Allison fits Maitreya’s Lara, Slink’s Hourglass, and Belleza’s Freya. 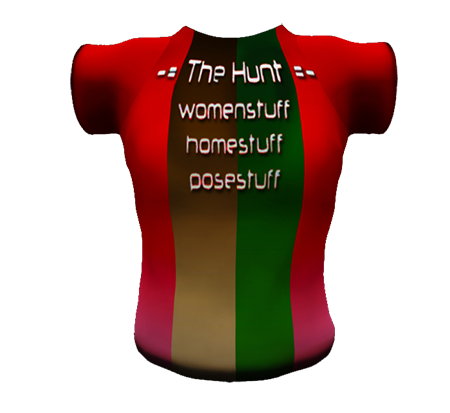 Be on the lookout for the WomenStuff Hunt object and keep this hint in mind: “So, come up to the lab, and see what’s on the slab! I see you shiver with antici…pation. But maybe the rain isn’t really to blame, so I’ll remove the cause… [chuckles] but not the symptom!”