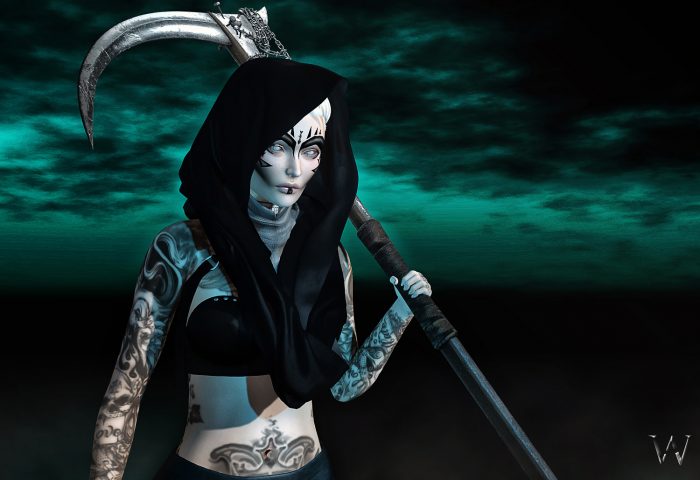 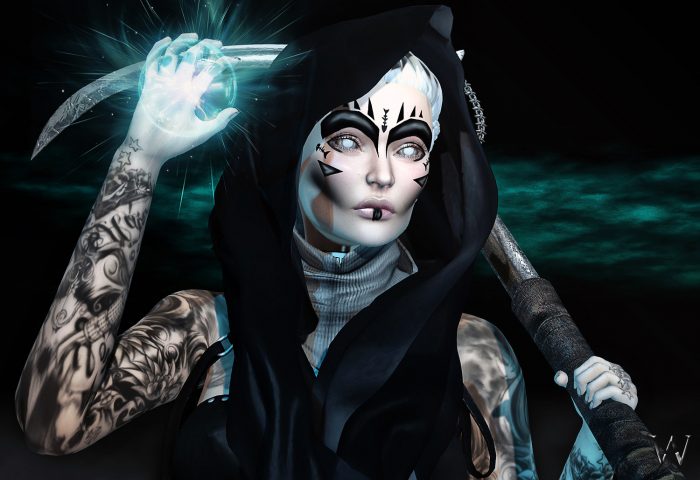 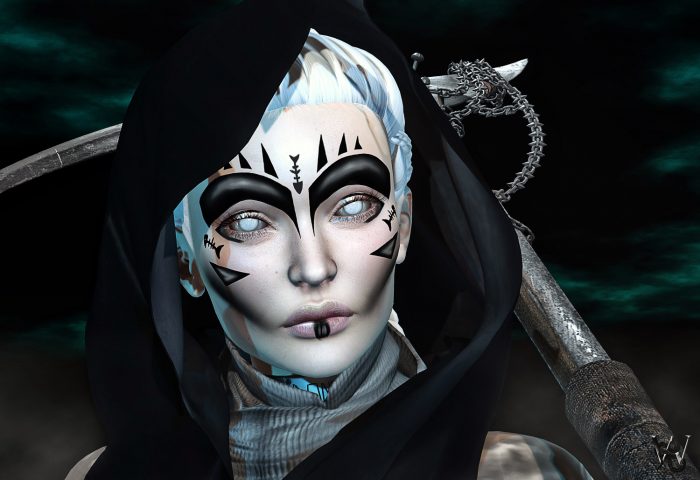 On the 14th and 15th of January Opium was holding a casting for the new Opium Evolution agency.

They gave 3 themes to all of the applicants. Vintage, Goth Couture or Apocalyptic. All the old opium models were allowed to cast and new aspiring models could try out as well, it was announced as an open casting.

After thinking about what I wanna do I decided to get for the theme that would be my own biggest challenge… I figured that many will go for goth couture as we all have our inventory full with black great clothing and accessories. Vintage… I really like doing vintage styles and I could not decide wich style I wanna go, there are so many like 20s to 70s and in SL you will find a lot of vintage stuff. So I decided to go for Apocalyptic.

With the theme apocalyptic I immediately have movies in mind like, Water World, Riddick, Books of Eli, Pitch Black or Mad Max. Kinda a post apocalyptic theme after a huge atomic world war, where people have to get back to the basics to survive. Ruined cities where a few survivors fight for their rights and surviving.

As you can see on a few pictures I was not the only one that came up with that idea. Malek Sahara as well dressed up for apocalyptic and I just asked him if he would pose with me for a few pics 🙂

I really had fun with this styling and competition for my self and to collect all the stuff together, that I needed. Together with some cool action poses and using the cool weapons I got it made my ticket into Opium Evolution 🙂

Details of my styling: