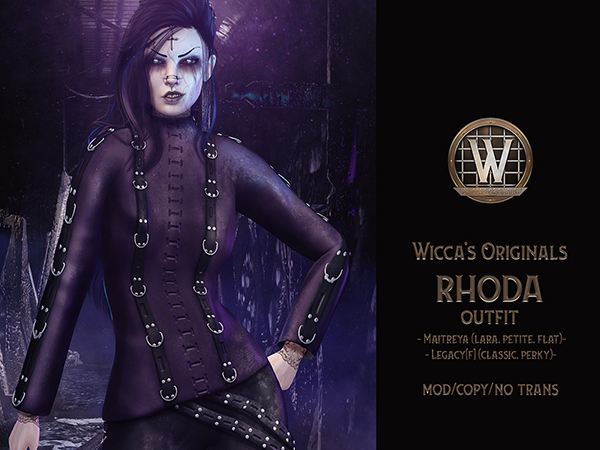 There was no moon to light her way, but it also cloaked her escape. She ran as fast as she could through the dense woods on pure instinct, like an animal in flight, Fitting, since he treated her like a dog.
One minute He offered a kind hand; lulled her into a false sense of comfort. Then, without warning, the pain He caused tore her heart and soul to shreds, Was love suppose to be so painful?
She fell against a tree as her legs gave out beneath her. Lungs burning, her breath sawed harshly in and out of her chest. She looked over her shoulder to see if anyone pursued, but all she saw was darkness. That was all her life really was – endless darkness.
Others had escaped and He had dismissed their absence with a flick of a wrist as if they were nothing more than an annoying gnat. But He said Rhoda was special. Is that why He especially enjoyed hurting her? Building her up to only beat down so far that death was her only escape?
Yes, she often thought of death. The sweet release. The peaceful darkness. She came close, several times. The promises He made and failed to keep. The lies that so easily rolled off his tongue. Sweet words meant to pacify a child that held no meaning to Him as walked away and left her alone and bleeding while he went to find pleasure with his other woman.
That’s not love. That’s greed. The need to possess more than anyone else. A selfish child hoarding all the toys just so no one else could have them. If one was lost, three more took its place. That’s all she really was – a shiny trinket to display. His true pleasure came from the compliments He received about her. Yes, that stroked His ego. He loved what she earned Him – adoration.
No more. She was not a thing. She was not the shiny ruby He named her after. She had a name! And by all that was holy, she would hear that name again or die trying. When she heard His angry shout, she hide behind the tree. His punishments were cruel, oh so very cruel.
It was time to run. Nowhere to go. No one to help her. It didn’t matter. If she didn’t run for her life now, the last tiny bit of life inside her would die.
He won’t hurt her again. No one will ever hurt Rhoda again.
– The End –
Sizes: Maitreya (Lara, Petite, Flat), Legacy[F] (Classic, Perky)
Available as Fatpack with 10 Colors & 10 Metals or Single colors with metal HUD only (5 color combinations available for single purchase) 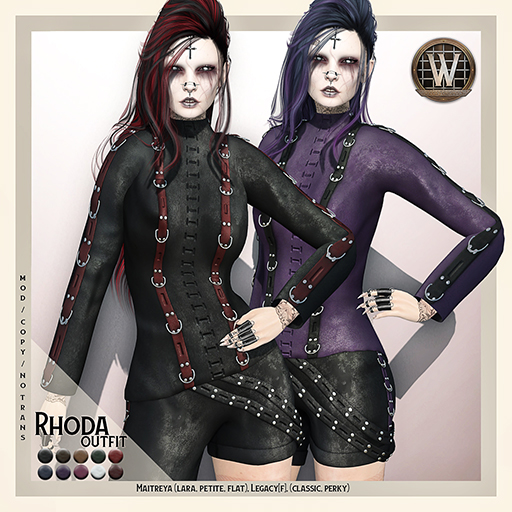