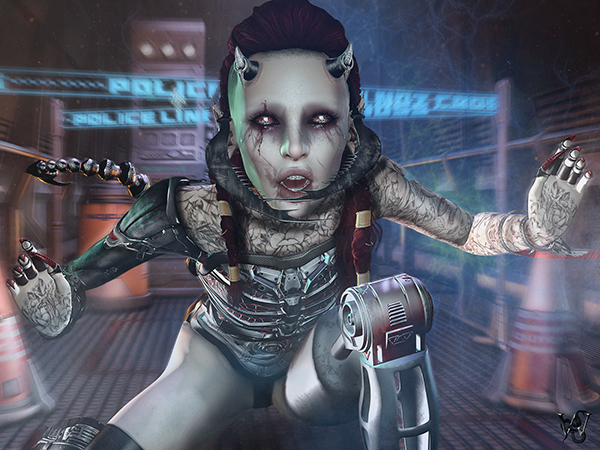 “You want change with no sacrifice. You want peace with no struggle. The world doesn’t work like that.” 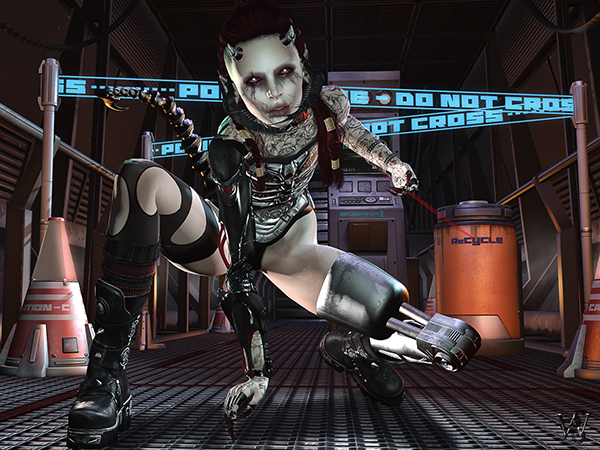 Germany seems to be weird sometimes, especially our government. Now that we have our Covid numbers going down constantly, even with the new virus variations… they can’t wait until the numbers are as low as the experts ask for – no we have to break open schools and kindergartens as fast as we can. I mea i see the problems, do not get me wrong, but what does it help if we are back to sky high numbers in the next 3 weeks and then have to lock down everything again?!? Can we not just wait like 2 weeks more until the numbers are low enough before we plan things like that? Especially as it was clear, that the numbers dropped really fast when the schools finally were closed again? Would it not make sense to put some effort into the internet and into getting the needed hardware to the kids who are not having any still? The online platform for Bavarian schools (Mebis) looks and acts like they would have been made in the Stone Age some when and instead of working on it it feels like they counted on the fact that the summer will kill the virus and it is gone after that. They had oe year now to fix things and besides the fact they allowed Microsoft Teams, nothing really has changed – and that wasn’t the work of our government *facepalms* It seems more important to hold on exams and schedules instead of taking care of our kids and their health. We all know now, that the kids do not get symptoms but they can carry the virus around secretly and infect all their family. I just don’t understand all those rules and requirements anymore. WE can have the kids in school, shoulder on shoulder, but we cannot have theaters and cinemas open who definitely have way better hygiene management for infection control, than any school has – at our school we do not even have warm water for the kids to wash their hands as requested. But sure, lets open the schools again for 3 or 4 weeks to again close down the whole country as the new virus variations push the numbers up again – If they keep acting like that and with the not working vaccine concept (we simply do not have enough yet and some do not have a 100% protection – not to mention there is not even one yet for kids under 16 years, which is allowed officially) we will go back and forth until summer 2022 🙁

Anyways, lets take a look on todays pictures and designs 😉

Again I am in a cyberpunk mood – no wonder we just had the Mainframe event! I am super sorry for posting this so late but lately my RL is completely upside down. My mom got a new knee, and I still have to take care of her, cook, clean and walk her dog at least 2 times a day while I try to shuffle my work around as much as I can. Sometimes I am just dead in the evening when I am done with all my day work and I instantly fall asleep on the couch even if I made me some coffee to stay awake for some SL work.

Like I said sadly the Mainframe event is already over, but many of the releases I am wearing were made for that and now should have found their ways to the designers main stores I suppose. 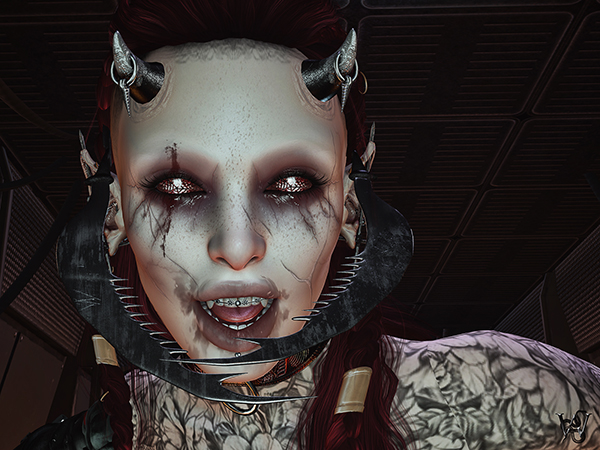 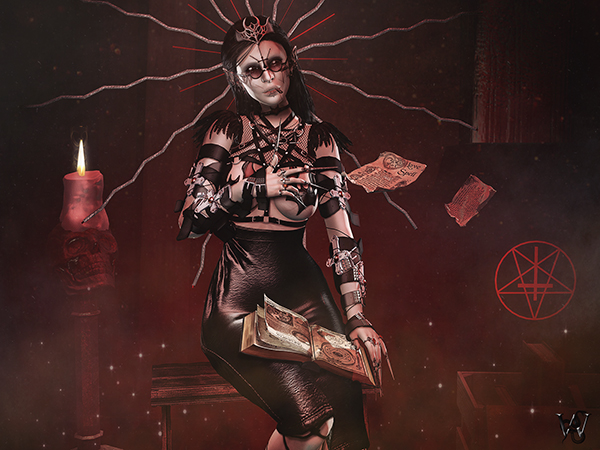 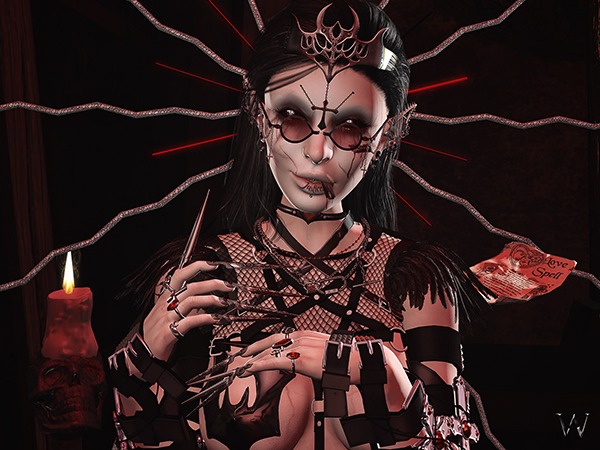 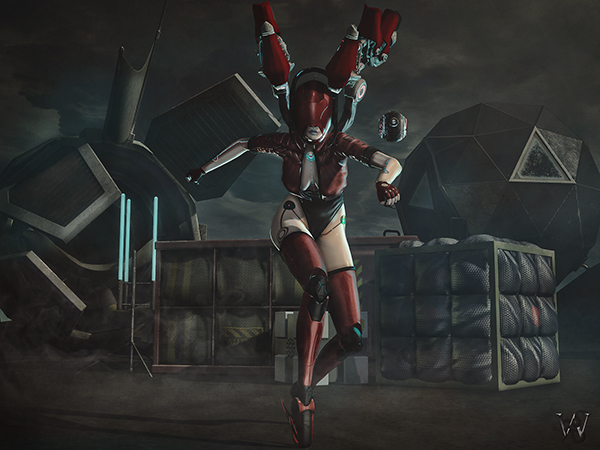 Despite knowing the journey and where it leads, I embrace it, and I welcome every moment of it. 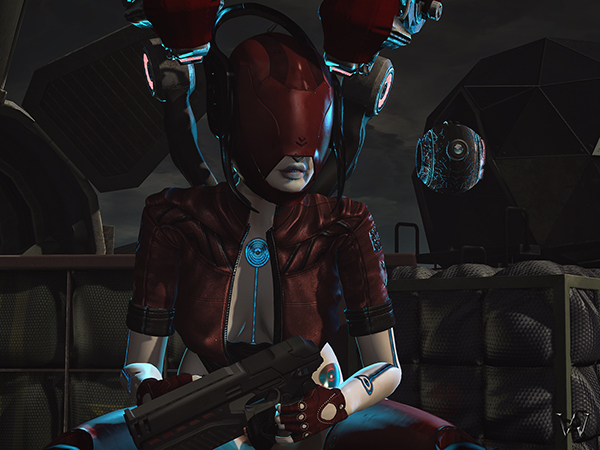 I LOVE when “accidents” happen while I am setting up my shoot… if they are “positive”!

Today it was a lightning surprise, which started with a mistake of moving light prims around. I was playing again with some Mainframe goodies today. I thought of something different, something what I not set did with all the amazing cyber and sci-fi designs I got there. I have no idea what exactly it was that brought me to this idea, but probably I watched too much Star Wars lately. I saw the “Cyberdoll Helmet” from Fika and instantly had the vision of Boba Fett, the bounty hunter.

I wanted a strong, robotic female version of a bounty hunter and her hideout on a dark, desert planet. With the super cool “Wreck Hideout” from 22769 I had the perfect scenery to set up my shoot for my vision.

While I was playing with lights, again something happened what I usually hate like hell… I tried to move a set of lights and my camera flipped while editing and the lights ended up “somewhere” behind me. When I reset my camera and wanted to try again I realized, it does look fantastic! Those kinda of accidents I really do love, it just makes it harder to reproduce it if you want to shoot more than one picture and have the lights attached *frowns*. Then they keep moving with every new pose and you hardly get the same result – it took a while*giggles* It is a strange habit to attach lights when you can rezz them as well, but for what ever strange reason I get different results wearing them instead of rezzing them. The Mainframe event only lasts till the 13th of august so if you want to get some of those extremely awesome goodies – you just have  few more days! 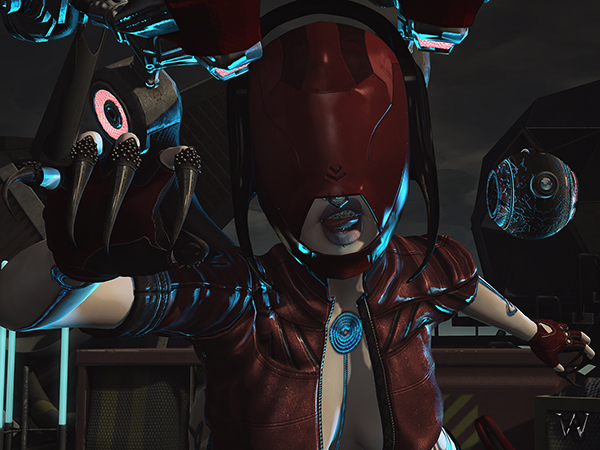 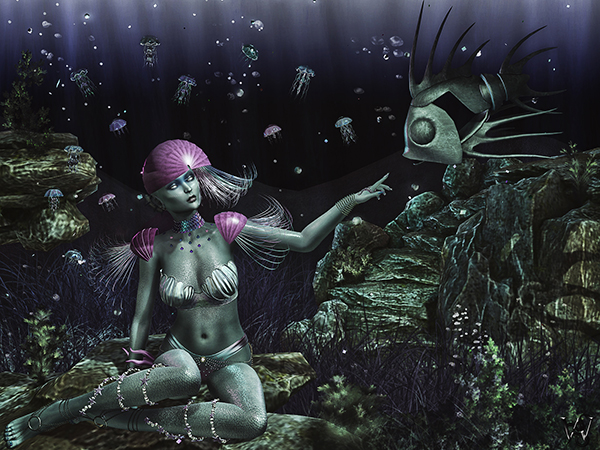 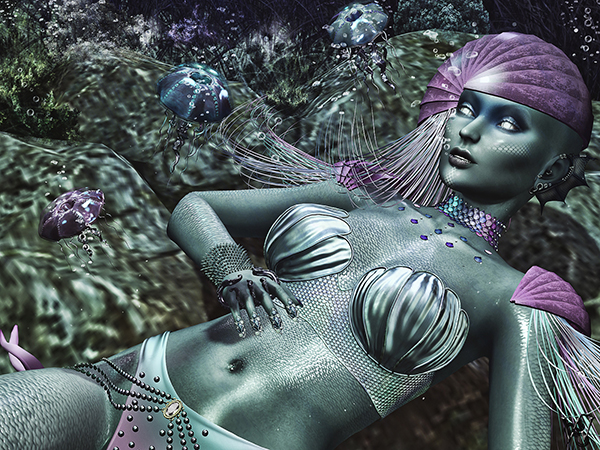 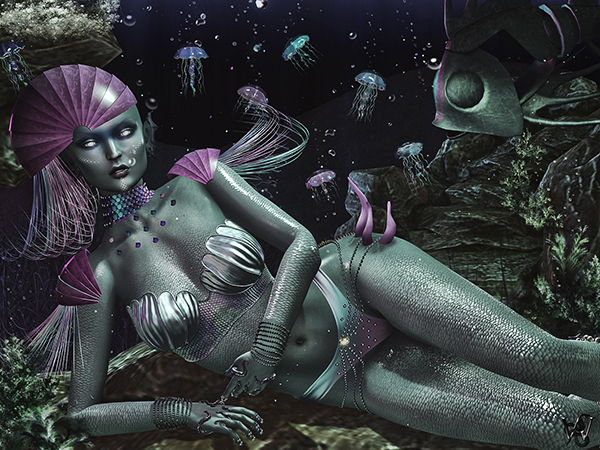