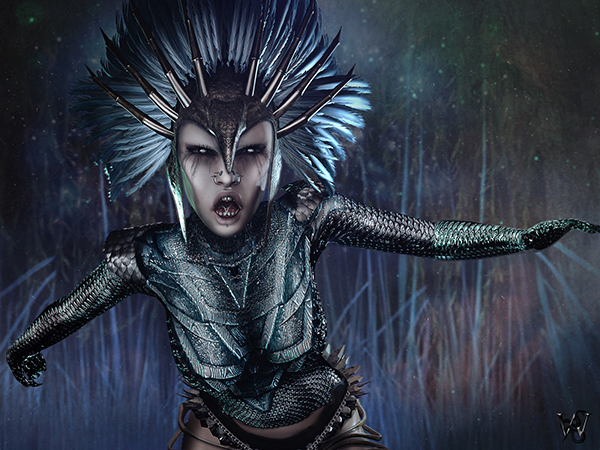 I’m waiting, just waiting
Answers to return
Don’t let your dreams deny you
When it’s time to learn
I’m standing, I’m waiting
Time has no reverse
Can someone see them falling
Bones will feed the dirt
Hunters and Prey
You got to run away! 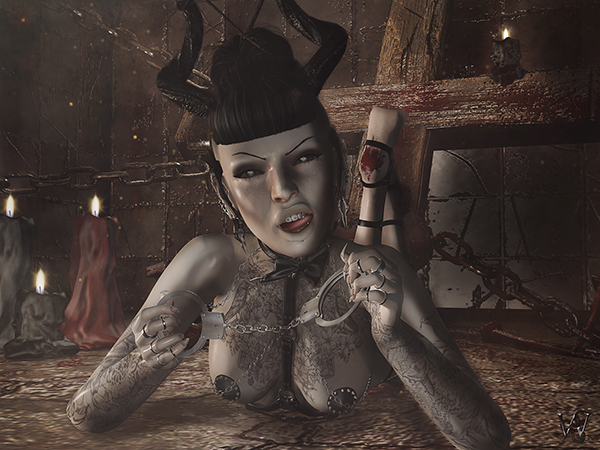 The past week was a rollercoaster of emotions for me. Life changed with the pandemic all over the world, I guess most of the people try to work with it as best as they can. For me personal, I am not suffering not too bad from quarantine and lock-down. I still get to teach 7/8 hours a days from Monday to Thursday – I am on of the lucky ones to have students who have/were given all the needed hardware to do online school with them. I just adjusted my work space/office to have a virtual classroom. I set up my camera and monitors to have one screen share for files and another as “chalkboard” where I can write on. That is working really fine for about 5 weeks now, even if I really miss seeing my students in person sometimes. 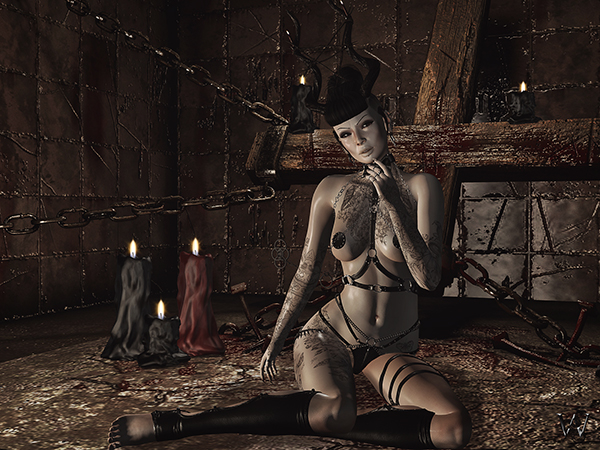 I followed the discussions about how to start school again with high interest, as according to all other news we are not yet over the pandemic problems since we have not yet any kind of vaccine. So we still have rules like limited contacts only, do not take your kids on your shopping tours and in some areas even the duty to wear masks while shopping or being on public transport vehicles. All over they tell us the self made masks won’t protect us from being infected and only safe the people around you in case you are infected and do not know. Reading all that I thought, they will keep school online for the rest of this school year to be honest, at least for those who have a good running system and perfect contact to their students. I was so wrong… They now force all exam classes back to school with no exception of having better alternatives or possibilities, which would limit the risk to get infected. So even if you have a good running online schooling, it doesn’t matter. If you have better ideas against the given “10 – 15 students in one little classroom”, for example use the gyms which is like 3 to 4 times bigger than a class room and you could keep the class together with 18 people and still have more space between them and as well the teacher… no exceptions allowed. When I read the reason for that “no exceptions” politics I was shocked. The reason would be to TEST how the numbers of infections change, if you put 10-15 people with the teacher in one tiny classroom… WTF?!? What is wrong with our society if we use kids and teachers as “guinea pigs” if we could have other solutions to keep them way more safe and healthy? I would not say a word, if that would be the only possibility to go back to a regular school schedule and if we already would have ways to really protect people like I already said for example vaccine, or at least protecting masks and what ever it needs! Our kids have their parents at home, sometimes even their grandparents. Some have parents, who suffer from all kind of heavy sicknesses or diseases! Just because the symptoms are not affecting the majority of kids that much, we just take the risk of making our kids sick on purpose and make them bringing it home to the rest of their family?!? I just do not see the pressure of having schools back up and having all grades right for the next certificate in only a few month by risking the health and maybe even the life of people or kids, especially if we could have all kind of work-arounds like home schooling or better protection if the classes have to be in presence of kids and teacher. I am not a paranoid person, I wasn’t panicking at all over all that past weeks, but the news of the past few days just totally did throw me off and beyond. 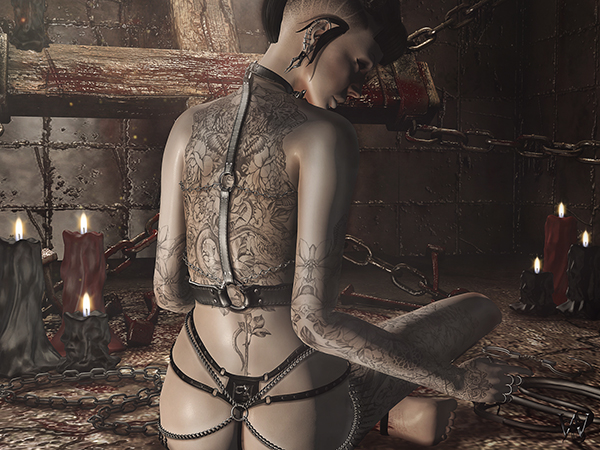 With all of that, I guess it again pulled out my darker side again for my pictures, but I do not mind that, since I do enjoy that side of mine too 😉
Lately I found a mega cool tattoo brand called Vegas Tattoo. They really do interesting and well drawn tattoos for an everyday look – if you love tattoos like me that would be 😉 Today I chose one of their latest releases for Spring Flair Event called “Welcoming Spring”. The tattoo covers all parts of the body, You have something on your front and back upper body, your arms and hands as well as down your right leg. What caught me the most is, that the seams are extremely well done. A nice little detail is the sweet butterfly at your left hip with all the more dark looking ornaments of the rest of the tattoo 😉
Certainly I had to complete my style with a lot of incredible, amazing CerberusXing designs – I can’t help it iam just a [CX] addicted *winks* Since I am in a way better mood now, after venting just a bit today in the beginning of my post, I will see with what I will come up next… 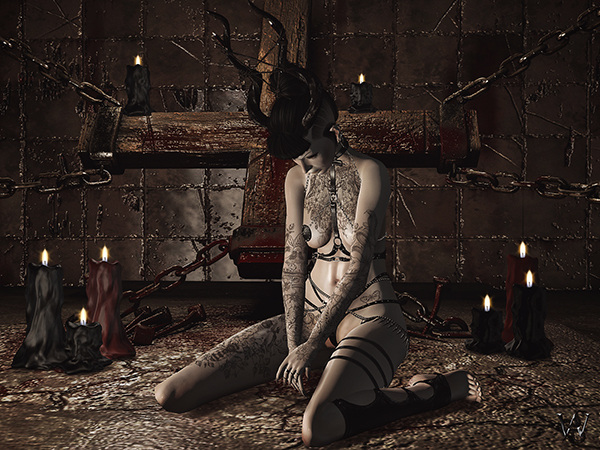 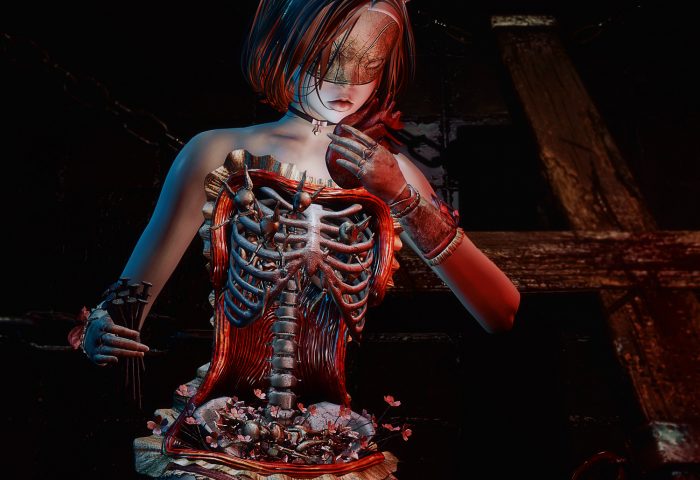 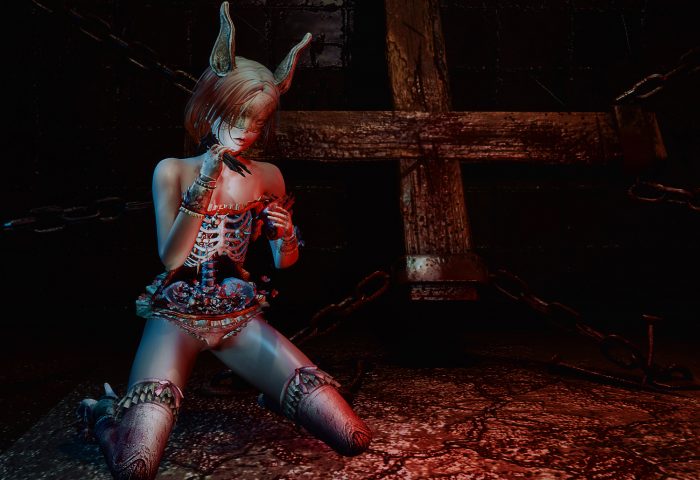 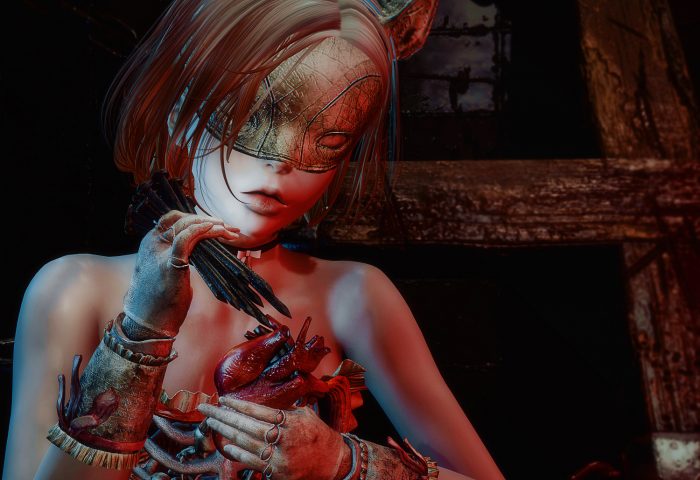 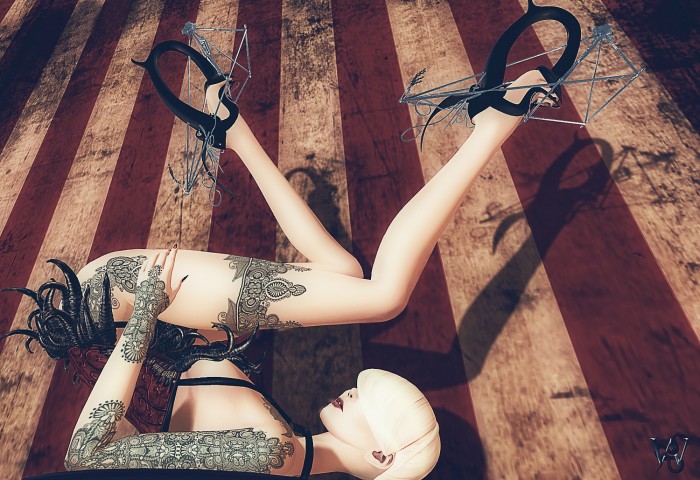 I have no clue how this idea was born…

I wanted to do something special for the new “Ganta Heels” from Machoire.

The heels are not only shoes, they are an art piece, so they needed something extraordinary. What could be for such an idea the something from Faster Pussycat!

I saw the “Hydra” outfit during the popstars show at the 24 event last weekend and fell immediately in love with it, A corset paired with a two-part harness and those exciting, wild horn parts covering the waits and chest. There is as well a headpiece matching to them, which I did not use for today’s pictures. 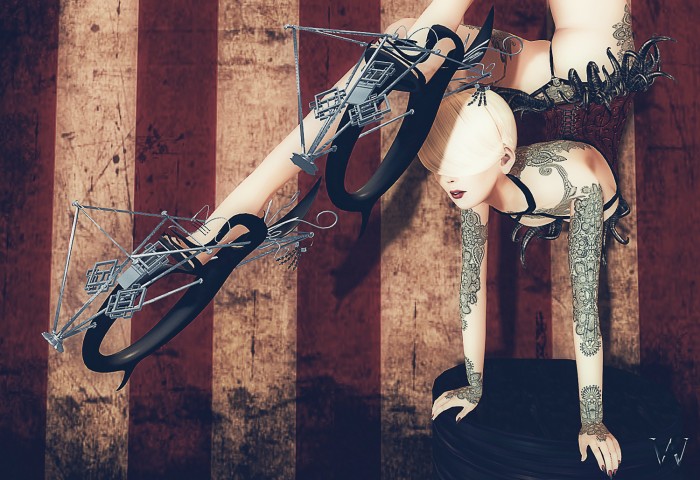 The beautiful and strong-looking tattoo is one of the newest releases from White Widow.  Julie Hastings made this one as her contribution to the ‘anyBODY – for applier lovers‘ event.

The while look had kinda a burlesque or even vintage circus feeling and so I was trying to make some pictures in that direction. The poses certainly had to be different for that too as I wanted to highlight the whole look. It is not always easy to drag the focus on shoes if you want to showcase the outfit as well 😉

The amazing, cool hair was made by Mirja Mills, owner and designer of EMO-tions.

I have a weakness for circus themes anyways especially the more vintage ones, so this pictures really were a lot of fun 🙂 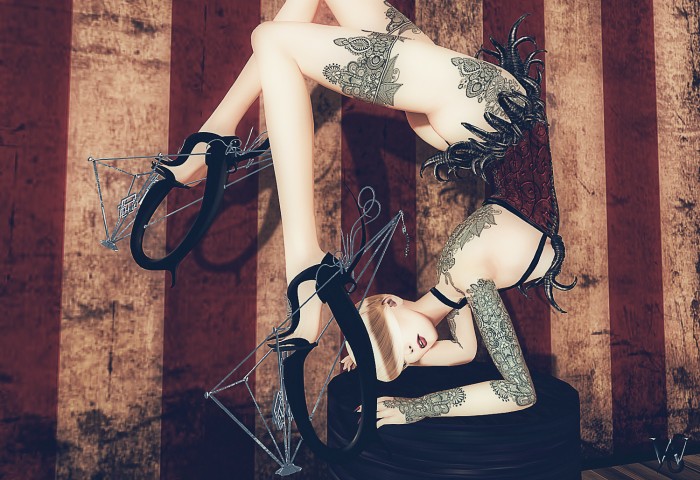